DYING FOR A DRINK

The Cursed Bottles of Alnwick 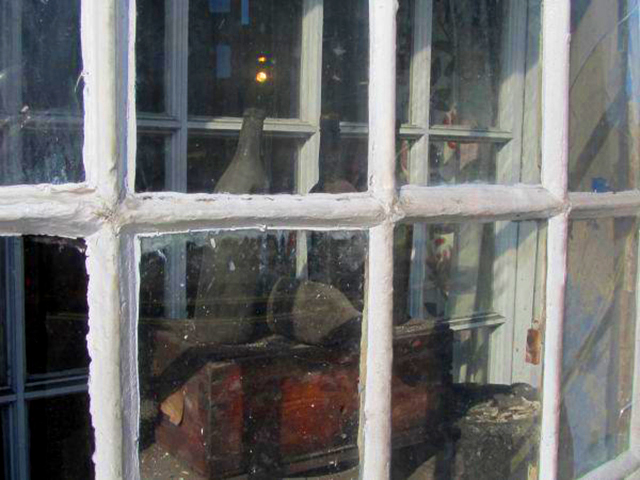 For centuries the local pub has played an important part in British society. Much like churches, pubs have long been important social hubs in communities, and so it is not surprising that the traditional British boozer frequently serves up a generous helping of local folklore alongside the usual fine ales and good food. Most old pubs worth their salt can boast of having served some famous (or infamous) patron at some point, have at least one ghost, and even their names may tie into local legend and history. Obviously much of this lore is the kind of tale that can be enjoyed over a pint and a packet for crisps, but there are some very dark and curious tales lurking behind the bar room banter.

Take for example an ancient watering hole in the North of England. The Northumbrian market town of Alnwick is steeped in history, and its castle has appeared in many films and TV shows. However on Narrowgate, not far from Alnwick Castle, there is an old pub which is believed to date back to the 1600s at least. For most of its life this bar was known as Ye Olde Cross Pub. Historians believe its name comes from an actual cross on the front wall of this old inn, thought to be a cross of the de Vescis, the former Norman Lords of Alnwick, and was probably looted from the castle at some point. 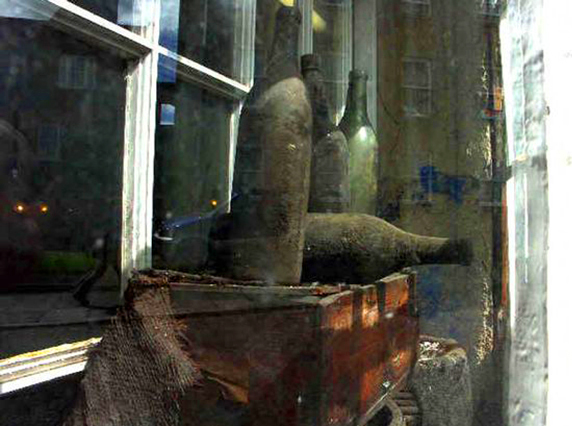 However what the pub is famous for is the weird display in one of its windows - a quartet of ancient and filthy bottles. Ye Olde Cross actually closed down in the 2000s but when it reopened in late 2014, the pub was renamed after its long-standing local nickname - The Dirty Bottles. And naturally there is a strange tale behind this most odd window dressing. Over 200 years ago, in 1725, the innkeeper dropped dead of a heart attack after moving the bottles. According to the old tale, his wife proclaimed that anyone else doing so would likewise die. And so the bottles lay touched for years, gathering dust and cobwebs.

At some point, the bottles were safely sealed away behind another interior window, but whether this was for historical purposes or to just to keep patrons with wandering hands safe from the curse I do not know. However it should come as no surprise that this old pub also boasts of having a ghost as well as a death curse. For allegedly the ghost of the unlucky landlord is reputed to still haunt the pub, reportedly rattling glasses and swearing at patrons. Whether this is true or not I cannot say, but comedy tradition demands I point out that while you might not see a ghost there, there is a fine selection of spirits...

And if you fancy popping in for a pint or a bite, their website is here The Dirty Bottles 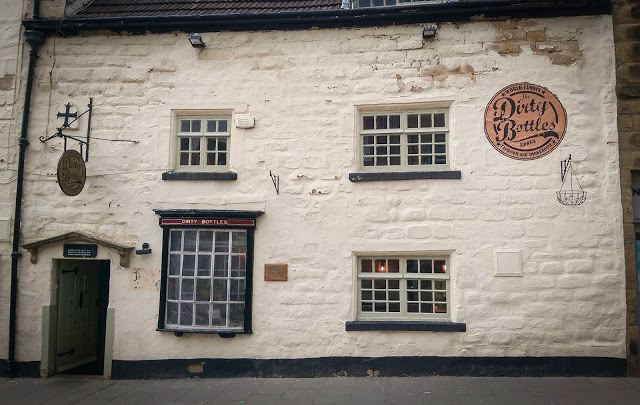