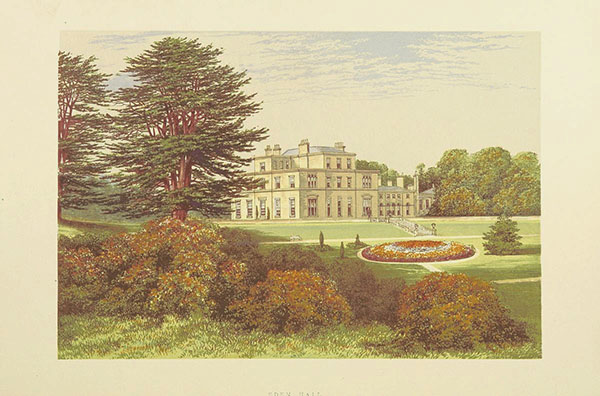 There are many legends about faeries, and there aren't too many places without a story or two about some local sprites or elves. But despite their ubiquity in folklore across the world, the faeries are an elusive folk, and while the fact that tales about them are found in many different cultures would seem to suggest there might be something in all those old stories, evidence of their existence is thin on the ground. Much like the infamous gold that the Fair Folk have often mischievously gifted to mortals, proof of their reality often melts away into nothing. However from time to time they leave us something more tangible... Or at least so the stories go...

In the north of England, in the beautiful county of Cumbria, lies the little village of Edenhall, named after a manor house that once stood there. The original Eden Hall was the seat of the Musgrave family, who built and extended the hall with stone from their old ancestral home, Hartley Castle. The Musgraves dwelt at Eden Hall for several centuries, with the house being rebuilt twice in the 19th century, and finally moving on and selling it at the beginning of the 20th. However the prize possession of the household remains intact and in perfect condition in the Victoria & Albert Museum. 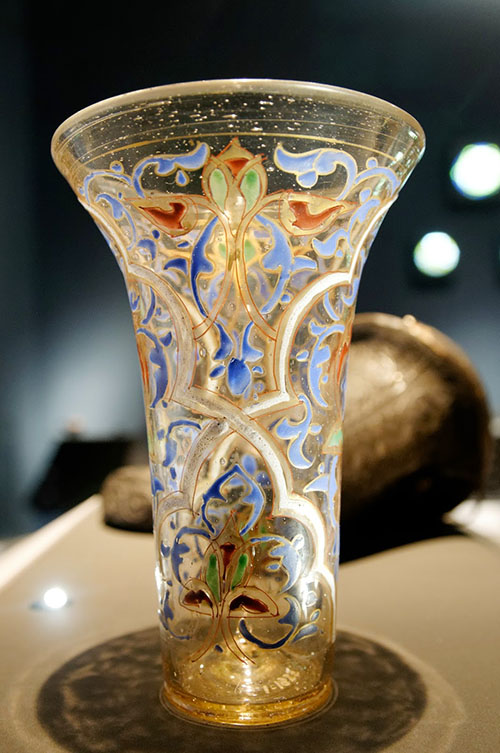 This treasure, now donated to the nation by the Musgrave family, is an ancient and ornate glass chalice known as the legendary Luck of Edenhall. It was first mentioned, and named, in the will of Sir Philip Musgrave in 1677, although it is believed to have been the family's possession for a good while before then. Modern day experts think the Luck to have originated in the Middle East, brought back by some crusading ancestor of the Musgraves. They say it is a fine example of 14th century glassware and was probably made in Syria or Egypt. However folklore has a different tale to tell.

For according to legend, this beautiful drinking cup was not some trinket borne back from far off lands but hails from another world entirely. The story of it's supernatural origins was recounted in a ballad by Ludwig Uhland, and later on the poet Longfellow penned an English version. However the first telling of the tale appears in 1794 tome The History of the County of Cumberland by William Hutchinson. And our worthy antiquary set it down thus -

An old painted drinking glass, called the Luck of Edenhall is preserved with great care. It is alluded to in the annexed ballad of Duke Wharton. In the garden, near to the house, is a well of excellent spring water, called St. Cuthbert's well (the church is dedicated to the saint). This glass is supposed to have been a sacred chalice: but the legendary tale is, that the butler, going to draw water, surprised a company of fairies who were amusing themselves upon the green, near the well: he seized the glass, which was standing upon its margin; they tried to recover it; but, after an ineffectual struggle, flew away, saying,

If that glass either break or fall,
Farewell the luck of Edenhall.

Now while this little story might strike us as fanciful, apparently the Musgraves took it seriously. Writing for The Gentlemen's Magazine in 1791, a Reverend William Mounsey of Bottesford recorded that the Luck was carefully stored away to prevent any damage. Few were allowed to even see it lest an accident befall the beautiful cup. While the ballads of Uhland and Longfellow hold that the cup was damaged and disaster followed, in truth no such misfortune occurred. And certainly the faeries' words held true for Eden Hall flourished while the Musgraves held it. However in 1900 when they sold the house, they kept the cup, and evidently the house did not fair so well, for it was completely demolished in 1934!

From the German of [Ludwig] Uhland

Of Edenhall, the youthful Lord
Bids sound the festal trumpet's call.
He rises at the banquet board,
And cries, 'mid the drunken revellers all,
"Now bring me the Luck of Edenhall!"
The butler hears the words with pain,
The house's oldest seneschal,
Takes slow from its silken cloth again
The drinking glass of crystal tall;
They call it The Luck of Edenhall.

Then said the Lord, "This glass to praise,
Fill with red wine from Portugal!"
The graybeard with trembling hand obeys;
A purple light shines over all,
It beams from the Luck of Edenhall.

Then speaks the Lord, and waves it light:
"This glass of flashing crystal tall
Gave to my sires the Fountain-Sprite;
She wrote in it, If this glass doth fall,
Farewell then, O Luck of Edenhall!

"'Twas right a goblet the Fate should be
Of the joyous race of Edenhall!
Deep draughts drink we right willingly:
And willingly ring, with merry call,
Kling! klang! to the Luck of Edenhall!"

First rings it deep, and full, and mild,
Like to the song of a nightingale
Then like the roar of a torrent wild;
Then mutters at last like the thunder's fall,
The glorious Luck of Edenhall.

"For its keeper takes a race of might,
The fragile goblet of crystal tall;
It has lasted longer than is right;
King! klang!--with a harder blow than all
Will I try the Luck of Edenhall!"

As the goblet ringing flies apart,
Suddenly cracks the vaulted hall;
And through the rift, the wild flames start;
The guests in dust are scattered all,
With the breaking Luck of Edenhall!

In storms the foe, with fire and sword;
He in the night had scaled the wall,
Slain by the sword lies the youthful Lord,
But holds in his hand the crystal tall,
The shattered Luck of Edenhall.

On the morrow the butler gropes alone,
The graybeard in the desert hall,
He seeks his Lord's burnt skeleton,
He seeks in the dismal ruin's fall
The shards of the Luck of Edenhall.

"The stone wall," saith he, "doth fall aside,
Down must the stately columns fall;
Glass is this earth's Luck and Pride;
In atoms shall fall this earthly ball
One day like the Luck of Edenhall!"