HERNE IN THE DARK IS RISING 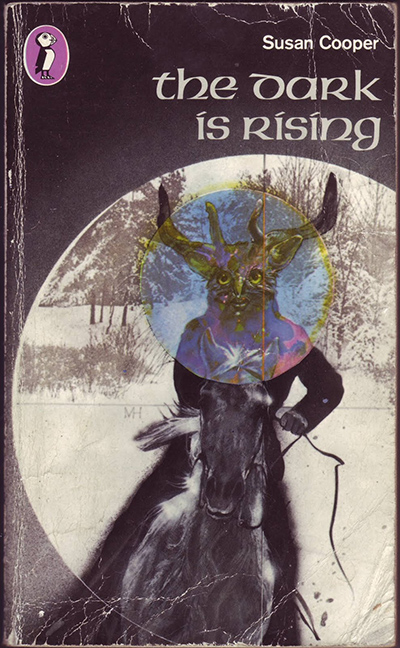 Before Robin of Sherwood, Herne had appeared in another childrens book, which like The Box of Delights not only features the folkloric Hunter, but is also something of a Yuletide favourite too. This book is The Dark is Rising by Susan Cooper, first published in 1973, and it is the second in a series of five which are now collectively known as The Dark Is Rising Sequence. Now the first book was Over Sea, Under Stone, and this 1965 novel was very much a traditional adventure with some light fantasy elements in which three children, Simon, Jane and Barney Drew, go to stay with their antiquarian uncle Merriman Lyon, and become involved in a plot concerning the grail of King Arthur.

Very much in the vein of the classic adventures written by E Nesbit, Over Sea, Under Stone was an enchanting mystery for younger readers. However The Dark is Rising is somewhat different. To begin with, it is not so much a sequel as a story set in the same universe. For example, the trio of kids from the first book are absent, but mysterious Merriman returns. Instead we have a new hero, Will Stanton, who on the eve of the winter solstice, becomes embroiled in an age-old battle between Light and Dark. Now this adventure is aimed at a slightly older audience, delivering eerie chills and ancient magic rather than treasure hunting thrills and summer larks.

The Dark Is Rising is a wonderful little book, and in many ways is a great companion to The Box of Delights, being another mythological tale of magic and mystery at Christmas time. Much like Masefield, Susan Cooper drew on the legends and folklore of old England and wove them together into a contemporary adventure where the old magic manifests in the modern world at Yuletide. And it is no coincidence that both The Dark is Rising and The Box of Delights feature Herne the Hunter, for in folklore, as we will later hear, Herne has a particular association with Christmas time.

Anyhow, without giving away any spoilers, Will learns that it is his destiny to collect Six Signs which can repel the rising Dark, embodied by the sinister Black Rider. The Signs will allow an ancient figure Herne the Hunter to do battle with the Dark. But while this Herne is on the side of the Light, he is a somewhat terrifying figure.

The moon came sailing suddenly out from behind a cloud, and for a moment his eyes dazzled as he looked full into its cold white light; then it was gone again, and the white horse was moving out of the shadow, with the figure on its back changed in outline against the dim-lit sky. The rider had a head now that was bigger than the head of a man and horned with the antlers of a stag. And the white mare, bearing this monstrous stag-man, was moving inexorably towards Will. He stood, waiting, until the great horse came close; its nose gently touched his shoulder, once, for the last time. The figure of the Hunter towered over him. The moonlight now glimmered clear on his head, and Will found himself gazing up into strange tawny eyes, yellow-gold, unfathomable, like the eyes of some huge bird. He gazed into the Hunter’s eyes, and he heard in the sky that strange high yelping begin again; with the difficulty of escaping an enchantment, he dragged his gaze aside to look properly at the head, the great horned mask that he had given the Hunter to put on. But the head was real. The golden eyes blinked, feather-fringed and round, with the deliberate blink of an owl’s strong eyelids; the man’s face in which they were set was turned full on Will, and the firm-carved mouth above the soft beard parted in a quick smile. That mouth troubled Will; it was not the mouth of an Old One. It could smile in friendship, but there were other lines round it as well. Where Merriman’s face was marked with lines of sadness and anger, the Hunter’s told instead of cruelty, and a pitiless impulse to revenge. Indeed he was half-beast. The dark branches of Herne’s antlers curved up over Will, the moonlight glinting on their velvety sheen, and the Hunter laughed softly. He looked down at Will out of his yellow eyes, in the face that was no longer a mask but living, and he spoke in a voice like a tenor bell. ‘The Signs, Old One,’ he said. ‘Show me the Signs.’

Now Cooper also describes Herne as possessing a ferocious pack of phantom hounds and riding upon a white mare. And while Carpenter's Herne is wild but benevolent, Cooper's incarnation is a good deal more threatening, an ominous ancient power, which like nature itself is sometimes capricious and savage. As can be seen in his part animal nature, this depiction is also inspired by the Horned God too. But in addition, Cooper has Herne being the leader of the Wild Hunt, another separate legend which I will detail in a later section. However before the nwe have some other notable appearances of Herne in literature to examine... 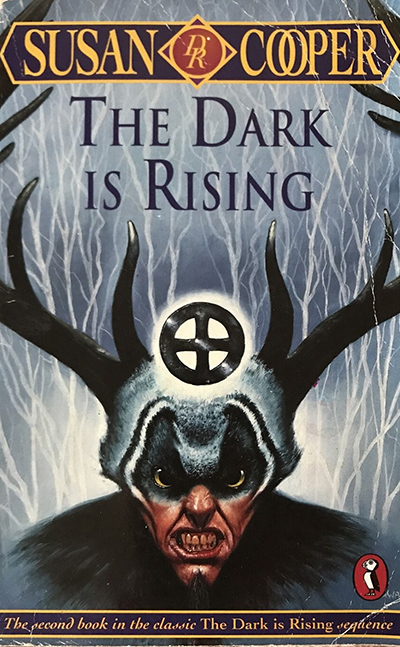