HERNE AND THE HORNED GOD 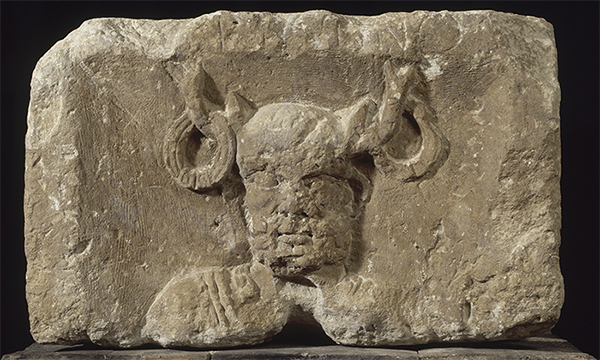 Before we delve further into the actual folklore of Herne the Hunter, we must answer the question of how more modern appearances of the character have seen him as some kind of pagan god or nature spirit, rather than the dread spectre descrived by the Bard.

As far as I can tell, it was John Masefield who first presented Herne as a mystic figure. In The Box of Delights he is a wise mentor, rather than some potentially satanic ghost interested in destruction and vengeance.

Now a strong possibility is that Masefield repurposed the old woodland sprite to meet his own ends. However, being a very literate man, I feel sure he was familiar with a very popular interpretation of folklore which rose to prominence in the 20th century. That was to see old stories and characters in folklore as being remnants and corrupted fragments of ancient pagan cultures and religions. For while we know that England was home to saxons, celts, and vikings, these people tended not to write much down, and so, we know that ancient Britions has a priesthood called the druids, who they worshipped and how they worshipped is a mystery.

And in the 19th century, when scholars and historians began to record and catalogue folk traditions, the theory arose that many old stories and rites may be survivals of these old pagsn ways. Now in recent years, this theory is much contested, and many of its claims have been reassessed as tenuous guesswork, and the work of a new generation of scholars such as Dr Ronald Hutton have established more solid, evidence based medieval origins for a good deal of our folklore.

The 20th century transformation of Herne from a ghost to a pagan god is an excellent example of the pagan survival theory's shortcomings. Common ways links between post medieval folklore and the ancient world have been made is through etymological and symbolic links. That is to say, by finding connections between names and words and taking those connections as evidence of a line of descent, plus seeing similar symbols or icons as being part of an ongoing tradition.

And so, in the 20th century various folks made links between herne and the celtic god Cernunnos, with the arguments being that both are male figures who wear horns in a forest milieu and that their names come from the same origin word for horn. Cernunnos incidentally simply means the horned one, and it's been argued that herne is a corrupted fragment of Cernunnos.

It is an appealing idea, that a Tudor spectre is perhaps the last vestiges of a memory of a potent pagan god. However the evidence to support such an idea is solely relying on very tenuous links. To begin with links through names is dubious as many words can be nearly identical but have radically different origins. In the case of Herne, the bad quarto offers the distinct probability that originally the character was called horn. Likewise a woodland setting and both possessing horns is hardly proof of a link as both are common traits. In the pre-industrial world, most places were rural, and the wearing of horns like wings is a common feature for mythological figures.

Furthermore we don't know much about the deity Cernnunos. In fact, we know so little, his existence is perhaps suspect. In terms of documentary and archaeological evidence we have a single carving and an inscription on a Romano-Gaulish artifact called the Boatman's pillar (pictured below). Other than that, two other inscriptions in the ancient world mention names a bit similar to Cernunnos, and have been assumed to be refering to the same deity. However as Cernunnos is more of a title - the horned one - these inscriptions might refer to any number of horned characters. Likewise horned figures found in other Celtic and Roman artworks may or not be depicting the same god as the Boatman's Pillar.

So then as for Herne being Cernunnos, the fact that what scant evidence we have for this deity is found mainly in Roman occupied Europe, Windsor seems like a long way from home for a Gaulish god. However Herne has been linked with pagan traditions by another means too... 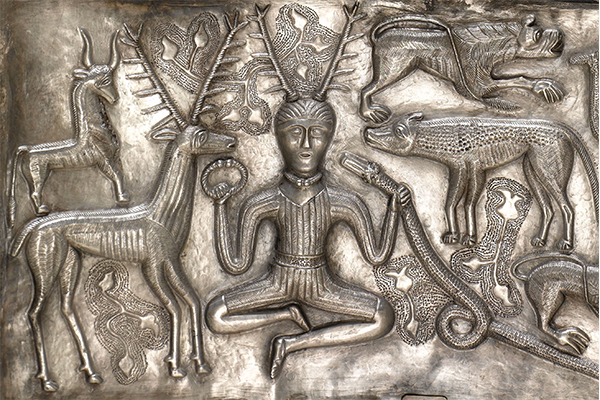