Our next card is slightly trickier, although the name is (sort of) right and the image has been faithfully copied from movie stills. Indeed despite being a huge fan of the classic fantasy flick from which this particular one-eyed horror hails from, it was a good while before the penny dropped. And that's largely because the card isn't showing the beast in all its glory. For this is no ordinary cyclops, this is actually the Centaur that appears in the finale of Ray Harryhausen's Golden Voyage of Sinbad (1973)! 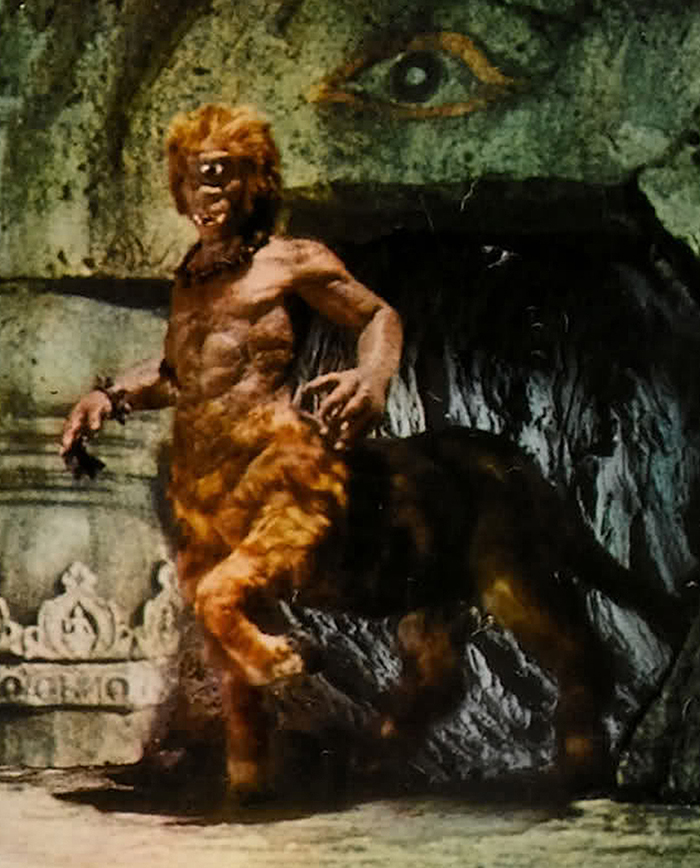 Ah, you see it now, don't you! Look - the same swept-back hair-do, accessorized with an ethnic necklace and spiky heavy metal bracelets! Originally our mono-visioned My Monstrous Pony was apparently scripted to fight a Neanderthal giant, but in the end this was changed to the Griffin that now flaps in. Incidentally, the primitive brute would resurface as the friendly monster Trog in a later Harryhausen movie, Sinbad and the Eye of the Tiger (1977). 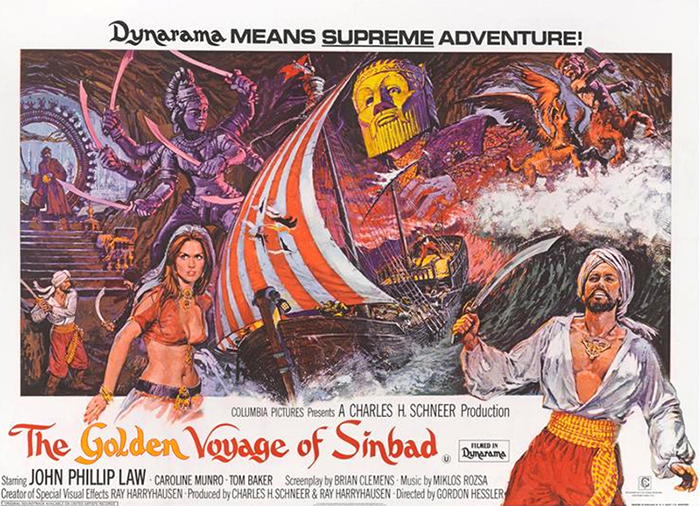