Now obviously the Wolfman needs no introduction, after all, he is one of the famous Universal Monsters. However I don't think this particular image is actually based on any stills of the great Lon Chaney Jnr. - for this lycanthrope appears quite different from the wolvish form of old Larry Talbot. In fact it doesn't really match any screen werewolves terribly well, and the fact that he is carrying an axe and wearing an overcoat rather suggests a non-lycanthropic body is the source picture. Facially however, there is a certain resemblance to this publicity still from Hammer's classic Curse of the Werewolf - 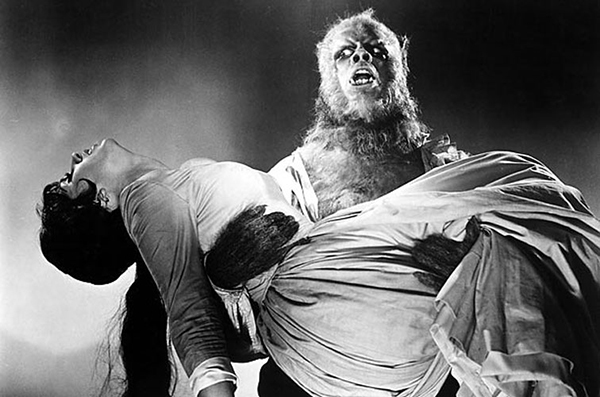 However the real puzzle in this card is what the hell is that weird shape with a googly eye in the bottom left-hand corner? I mean, what the hell is it? And what's it doing there? Is it a fragment of another drawing erroneously left stuck onto the Wolfman art? Or is it is a bizarre homage to Star Wars! No, seriously! Could it be a guest appearance from the Dianoga from the Deathstar trash compactor? 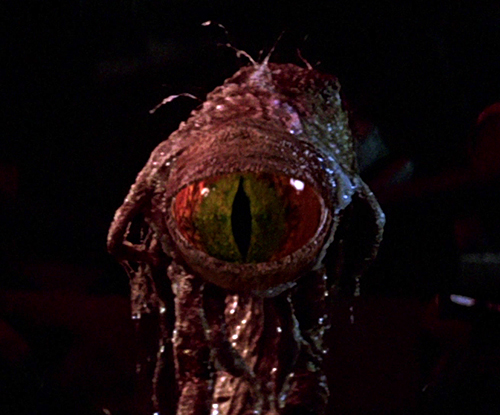 However when the cards were reissued, the new printed revealed that the odd eye was part of a silhouette! And it was the outline of another fmaous monster! 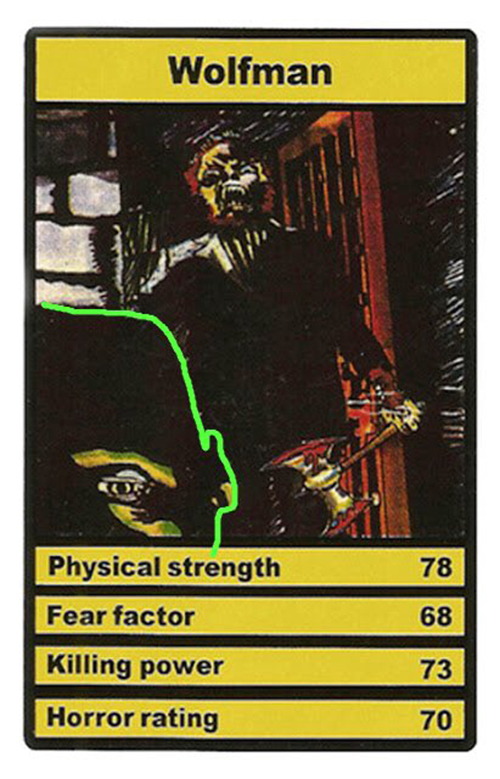 Quite why the Frankenstein monster is making a cameo on this card I have no idea. Is this why the Wolfman is brandishing an axe maybe? I'm guessing we will never know... At least until I identify what picture the Unknown Artist used for the body!