Tales from the Playground Part I

Folklore and Childhood in an North-East Village 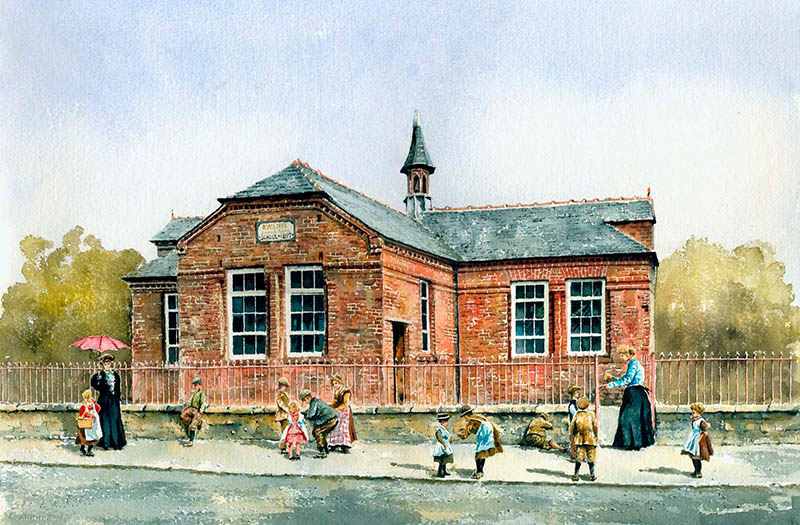 I can trace my love of folklore back deep into my childhood. A huge inspiration for myself, and I daresay many of us growing up in the '60s, '70s, and '80s were the wonderful retellings of all manner of folk tales and legends from all round the world in the books of Ruth Manning-Sanders. However I also had a more personal connection. I grew up in the little village of Aycliffe in the North-east of England, and at the little village school I attended there was something of a craze for telling spooky stories. Quite how or why this pass-time took off I am not entirely sure, but what I can tell you is that is was very popular, and it seemed to be something more than just some passing fad. There was a great deal of kudos in having a popular tale to tell, with the keepers of the best stories being sought out at play-time or over the lunch-break to spin their out their stories for new audiences.

I heard a great many stories back then that have stuck with me to this day, and often because more than a few them made bed-time a troubling prospect. But over the years I have been able to uncover the origins of a large number of them. When writing of the strange tales children tell each other in A School Story (you can hear my reading of it here), that great writer of ghost stories MR James remarked -

I imagine, if you were to investigate the cycle of ghost stories, for instance, which the boys at private schools tell each other, they would all turn out to be highly-compressed versions of stories out of books

Now being a lecturer and a teacher himself, the good doctor was bang on the money here. And what he observed of schoolyard tales back at the start of the 20th century was still very true in my playground some sixty years later. Indeed, a good number of the stories I heard, that were retold with all the appropriate hushed tones and lurid details, were exactly as James described: concise reworkings of tales from books. For example, I particularly remember hearing a version of the WW Jacobs's famous chiller The Monkey's Paw; in fact this was my first encounter with a version of this famous short story. However of course, this playground version had a few details changed - most notably that at the tale's climax, the front door is opened to reveal in gruesome detail the mangled and rotted corpse that has been called up from the grave.

Furthermore, another large proportion of these little stories were what we would now term urban legends. And indeed I heard a great many of the classics during my school's spooky story craze - ones I'm sure most of you will at least know of, if not heard in your own youth - The Hook, The Babysitter and the Man Upstairs, the Killer in the Backseat, and of course the great-daddy of the all The Phantom Hitchhiker. Now typically, many of these tales were embellished in various ways depending upon the teller, and it is interesting to note that the first three famous tales I mentioned, plus a good many other little stories of death and murder, I first heard as being incidents in the blood-soaked career of the same killer, a monster known only as Jordan. 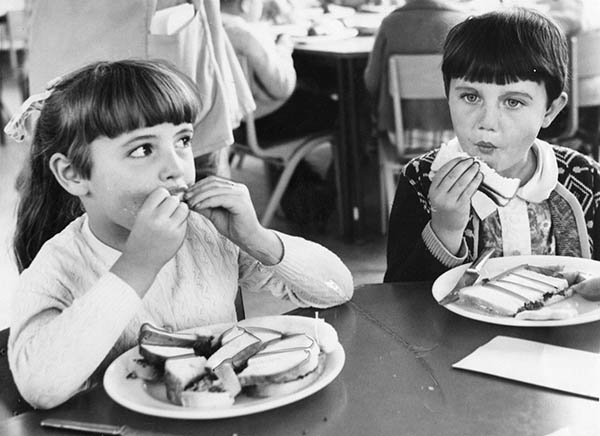 Now there was no definite description of Jordan; he was always a somewhat shadowy figure. But according to the lore passed around my playground, Jordan was a cannibal and an insane killer, often escaped from a nearby asylum. But there were dark hints that he was something more: I vividly remember a grim-faced little girl in a woolly hat solemnly proclaiming that he was, and I quote, "half man, half ghost". However despite his unclear origins and nature, what all the various stories of his gruesome escapdes agreed upon was Jordan's weapon of choice - he committed his acts of horror with his abnormally long and sharp finger nails. They were as lethal as bayonets and just as strong, capable allegedly of piercing brick and concrete... Well, at least according to leading Jordan authority Little Miss Wooly Hat, and obviously back then, I had no cause to doubt her.

Most infamously for me, in a scene that haunted my nightmares for years, was the Jordan version of the climax of the tale of the Hook. Just like the classic incarnation of the story, at the end the girlfriend disobeys the police and looks round to see what is on the roof of the car. And discovers that, as usual, the tapping noise she has been hearing is the demented killer banging her boyfriend's severed head on the car roof. However in my local version, Jordan actually had the dripping head, and now partially gnawed to boot, impaled on his long talon-like nails!

Of course, I'm sure many of you are stroking your chins and formulating all kinds of theories that our local bogey-man Jordan was clearly inspired by kids hearing garbled reports of that 1980s horror superstar Freddy Krueger. But the interesting thing is, I was hearing these tales of this monstrous maniac with finger knives in the early 1970s, a good decade before Wes Craven first brought the infamous dream-killer to the screen. However I suspect I am not alone in getting an extra dose of the chills from A Nightmare on Elm Street, as for pupils of a certain village school circa the mid 1970s, old Fred Krueger appeared to be a figure from our own childhood nightmares come to life...

Another iconic character with knife-like, super-strong talons that could have served as an inspiration is of course that famous X-Man, Wolverine. However delving into comics history, I was hearing the blood-splattered tales of Jordan a good while before Wolverine would become a familiar face for British comic book readers. The famous mutant and his retractable claws had only appeared in late 1974, and it would be another few years before he became one of Marvel's stars. He certainly hadn't made it into the Marvel reprint comics that were appearing in UK newsagents at the time, and if I recall correctly he didn't even appear in the Marvel Superheroes Top Trumps set that came out in 1977 which '70s kids regarded as the ultimate guide to the Marvel heroes and villains. 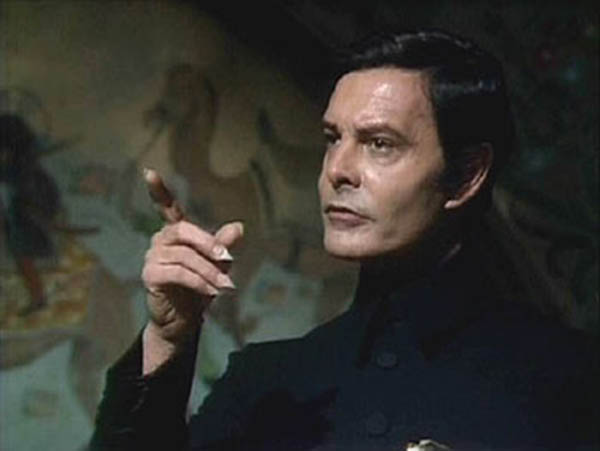 I also have wondered whether our local monster was perhaps inspired another famous character. In the '70s, the BBC produced a two and a half hour version of Dracula, which starred Louis Jourdan as the Count. And what's more, in this version Bram Stoker's undead villain was seen sporting long and sharp nails. Had some imaginative child seen part of this production and been inspired? Or perhaps a more likely scenario is that some kid saw a trailer for this forth-coming production and seen an image of a sinister man with pointy nails and heard the star's name... However as plausible as that might be for the genesis of my childhood bogeyman, as this production of Dracula screened at Christmas 1977, just before we moved away from the village, unfortunately Louis Jourdan's Count is arriving too late on the scene to inspire all those blood-thirsty tales I heard.

It is a fair bet I think that some kid at some point thought it would be cool if all these much passed around tales of murderers and madmen could be the work of one super-maniac. However I would love to know the inspiration for the name, but I suspect I'll never know where the long-taloned cannibal killer really came from. And perhaps that's for the best - monsters are always scarier the less you know about them...