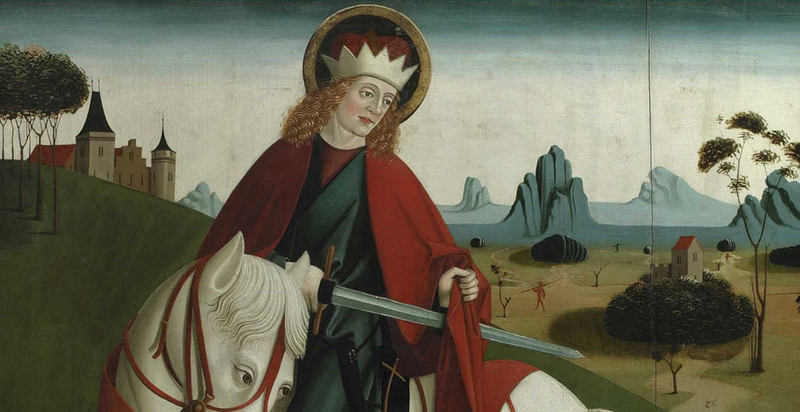 The 11th of November is of course Armistice Day or Remembrance Day, an annual commemoration of the day the First World War came to an end, at 11 AM on the 11th day of the 11th month in 1918. Poppies are sold, services held, and a two minute silence at 11 o'clock is observed. However before the horrors of the Great War, the 11th of November had long been a special date in European calendars. For now what we now think of as Armistice Day falls upon the date of a forgotten feast, St. Martin's Day or Martinmas.

Thought to have been born on the 8th of November around 315 AD, Martin of Tours was a Roman soldier who converted to Christianity. When he refused to fight, he was imprisoned for a time, and in the end left the Roman legions to preach across Europe and establish a hermitage. Martin was so devout that it was thought he would be an excellent bishop. Martin himself however was less than keen on the idea - as a man of sincere faith, he loved the contemplative life. Hence he had to be tricked into coming to the city of Tours with the claim a sick friend needed his ministrations, to be invested as a bishop. When Martin discovered the deception, he responded with some duplicity of his own and tried to dodge this promotion into the church hierarchy by hiding in a barn full of geese. But when the Church authorities came to take Martin to the cathedral to be made a bishop, the geese honked so loudly that Martin was quickly discovered.

As it was, Martin did indeed make a very good bishop, although it is said he founded a monastery at Marmoutier in order to have somewhere to withdraw to and continue his worship in the humble and quiet contemplative manner he prefered. After his death on the 8th November 387 AD, he was venerated for his good works, and legends grew up around him, with the usual crop of miracles such as having visions of Christ, healing the sick and raising the Devil being attributed to him. The most famous tale about him related how he sliced his cloak in two to give half to a poor beggar man. Later Martin had a dream in which it was revealed that the beggar had been Christ himself and thus began Martin's life of piety and devotion. Hence he became St. Martin and his feast day was set as the 11th of November, a couple of days after his death date. From the late 4th century into the Middle Ages, St. Martin's Day was widely celebrated across Europe, with great feasts being held on Martinmas Eve (10th of November) and the traditional dish was roast goose, which according to legend was a commemoration of the noisy birds that foiled Martin's attempt to dodge bishophood.

Now St. Martin's Day was a time for merrymaking and feasting for good reason. For on the 12th of November began what the medieval church called Quadragesima Sancti Martini - the Forty Days of St. Martin - a time of fasting and spiritual preparations for Christmas. So naturally folks wanted to ensure they had a good feast and made merry before this period of devotion and self denial. And there were practical reasons underlying this too - for Martinmas coincided with the last harvests, and it made good sense to consume what may be perishable at this time. Animals were butchered and their meats was salted to provide food later in the winter, and for several centuries salted meat from cattle killed in these harvests was referred to as Martlemas beef. These forty days of fasting and contemplation that followed St. Martin's Day are also the origin of what we now call Advent. 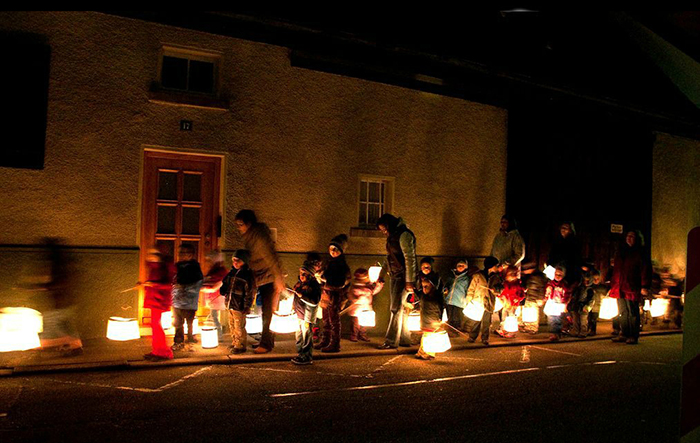 As is common with saint's days, there were a wide variety of different traditions to celebrate the date across Europe. In Flanders, children received presents on this day rather than the more usual St Nicholas's Day (6th December). While in Germany, Martinmas was marked with parades of paper lanterns. Indeed, this delightful tradition still continues to this day and in recent years has enjoyed something of a revival, and has started to become more popular. In England, after our switching of calendars and the infamous loss of eleven days, Martinmas became known as Old Hallowtide or Old Hallowe'en. Much like Michaelmas, Martinmas was also a time for hiring fairs where folks could secure employment for the coming year.

Also like Michaelmas, there were some folk traditions with the weather of St Martin's Day. It was claimed that whatever the weather was like on St. Martin's Day, the opposite would hold true for Christmas. Therefore, if it was cold and icy at Martinmas, it would be mild by Yuletide, whereas if it were pleasant on St Martin's Day, there would be a white Christmas. Appropriately enough, the birds most closely associated with St. Martin are remembered in one folk saying that outlines this tradition of weather forecasting - "If the geese at Martin’s Day stand on ice, they will walk in mud at Christmas". However two better known rhymes replace geese with other waterfowl -

Ice before Martinmas,
Enough to bear a duck.
The rest of winter,
Is sure to be but muck!

Of course whether there is any truth in this is hard to say. But certainly cold snaps in November that seem to promise a white Christmas are, in my experience, often misleading. Perhaps we should start making a note of the weather on St. Martin's Day and discover whether there is any merit in this old folk method of forecasting Christmas weather! 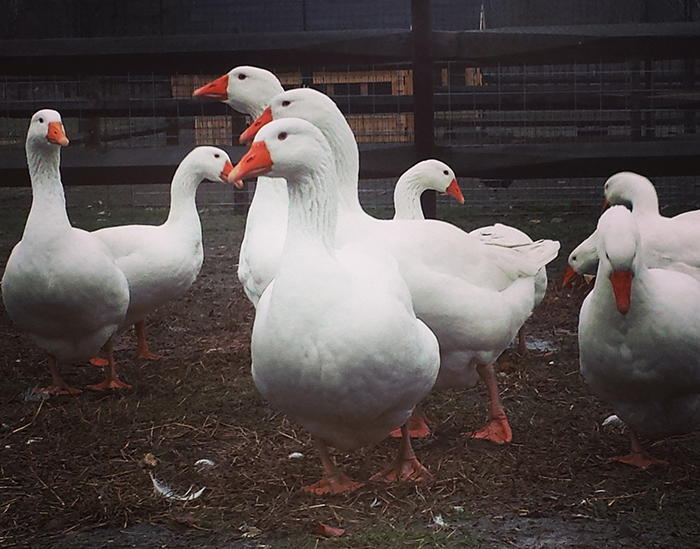