HERNE THE HUNTER ON SCREEN 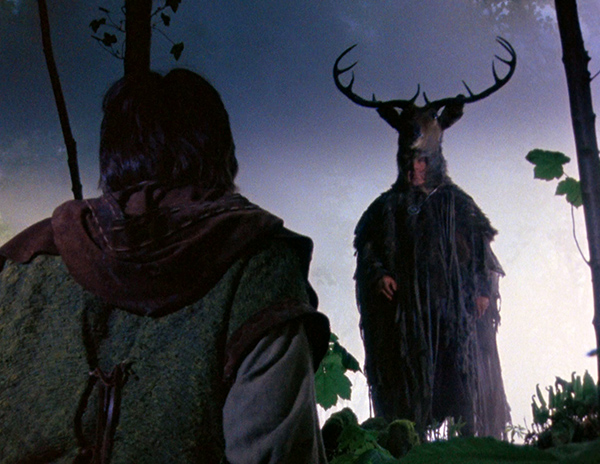 If you didn't first meet Herne the Hunter in John Masefield's Box of Delights, then there's a good chance you may have first encountered Herne the Hunter in another cult TV series, that coincidentally was also first broadcast in 1984, the same year as the BBC TV version of Masefield's tale. That series was Robin of Sherwood, which first aired on 28th April 1984.

This series saw the mythical outlaw return to television in an award winning series that ran for three seasons. The show was created by Richard Carpenter who had conjured up a legion of hit TV shows - Catwealze, Black Beauty, Dick Turpin and The Ghosts of Motley Hall. In Robin of Sherwood, Carpenter presented retellings of the old tales but also added some new elements into the mix. And a key part of this version of Robin Hood was a rich vein of magic and folklore. As well as the usual clashes with the Sheriff of Nottingham and assorted greedy nobles, this incarnation saw the merry men also tackle sorcerers and assorted magical menaces. However this was to go farther than merely adding a sprinkle of the supernatural to reseason the old tales. For in this version, Robin is guided by a spirit of the forest - Herne the Hunter. Played by John Abineri, this Herne appears as a shamanic figure, crowned with stag's antlers, who advises Robin and provides occasional magical assistance. Robin is now the Hooded Man, an emissary and agent for the lord of the wildwood, Herne the Hunter.

This addition to the mythos of the show served the series well in many ways. On one hand it gave a distinctive tone and flavour to the old stories, making Robin a mythic figure again rather than the foppish dandy in green tights the character had somewhat degenerated into. However this invented mythology of Robin as Herne's Hooded Man was very useful when Michael Praed, who played Robin of Loxley, chose to leave the show at the end of the second series. Carpenter was able to have a new Robin, Robert of Huntingdon, be recruited by Herne to be a new Hooded Man.

Carpenter deliberately made the character somewhat ambiguous - as Carpenter remarked in a 1998 interview - "The question is whether Herne is a shaman or if he - like shamans do - ‘becomes’ the god at certain times after practising certain rituals." He very much drew on Neopagan ideas of The Horned God, which posited that in ancient times there was a nature religion that venerated a god and goddess, embodying the male and female principles.

The Horned God was the lord of the wood, associated with the oak, holly and the animals of the forest, and was often portrayed as wearing furs, skins, leaves and crowned with horns. The familiar Green Man faces found all over the ancient world have been linked to the Horned God, as have various nature deities such as the celtic god Cernunnos. But more of him later... 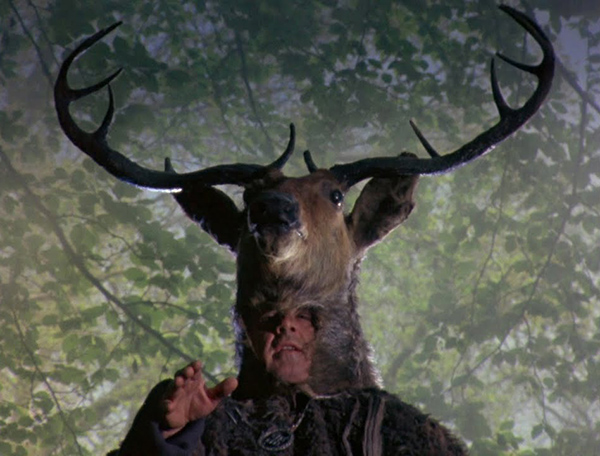