HERNE IN THE BOX OF DELIGHTS 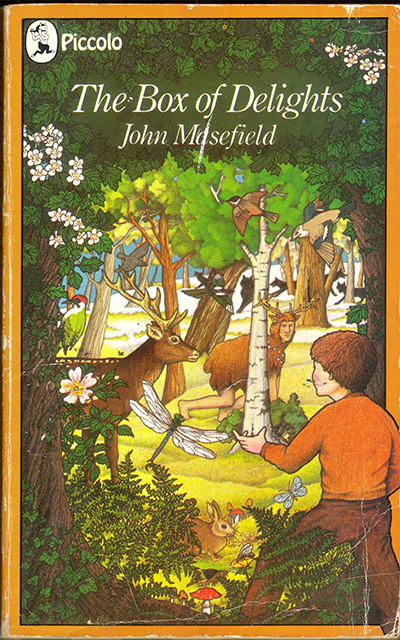 Bbefore Carpenter and Cooper, John Masefield had summoned up Herne in his 1935 novel, The Box of Delights. In this classic tale, a school boy Kay Harker encounters an old punch and judy man, Cole Hawlings, who is far more than he appears. Hawlings possesses a powerful magical device, the titular Box of Delights, a much coveted item, and currently being sought by the dark magician Abner Brown. Anyhow, without being the purple pim and unleashing assorted spoilers, Kay ends up with the Box for a time, and can't resist a peek inside. The Box opens up the magical vista of an old English wildwood, and then, well, let's have John Masefield himself tell us...

While he gazed into the heart of summer and listened to the murmur and the singing, he heard another noise like the tinkling of little bells. As he wondered what these bells could be he decided that they were not bells, but a tinkling like the cry of many little long-tailed tits together. “Where did I hear that noise before quite recently?” Kay said to himself. It was not the noise of long-tailed tits: it was the noise of little chains chinking. He remembered that strange rider who had passed him in the street the day before. That rider, who seemed to have little silver chains dangling from his wrists, had jingled so. “Oh,” Kay said, as he looked, “there’s someone wonderful coming.”
At first he thought that the figure was one of those giant red deer, long since extinct: it bore enormous antlers. Then he saw that it was a great man, antlered at the brow, dressed in deerskin and moving with the silent, slow grace of a stag; and, although he was so like a stag, he was hung about with little silver chains and bells.
Kay knew at once that this was Herne the Hunter, of whom he had often heard. “Ha, Kay,” Herne the Hunter said, “are you coming into my wild wood?”

Now this Herne is a far friendlier fellow. While still portrayed as a lord of the wildwood, he is kind and wise, and becomes an important ally for Kay on his adventures with the Box. However what's interesting is that Masefield gives the reader no explanation of who Herne is. Now the first possibility is that our highly literate author assumed that his young audience would be familiar already with the legend of Herne the Hunter - after all, Kay knows who Herne is.

However Masefield's Herne is somewhat different from any versions of Herne the child of 1935 would have encountered before. For example, as well as getting a mention in Shakespeare - more on that later - Herne was a key figure in a Victorian novel that was still a bestseller in Masefield's time, but this was a very different figure indeed. 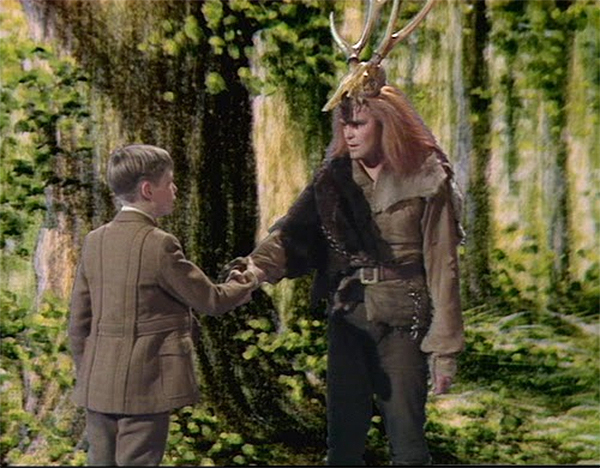