The Saga of One of the Oddest Snacks Ever 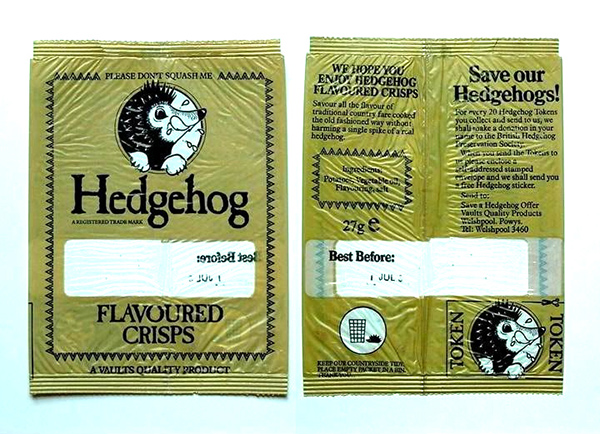 Welcome dear fiends once again to the 'Orrible 'Ouse of Terrible Old Tat! This week we are in the larder, and at the back of a dusty cupboard, I've found an ancient cobweb-festooned cardboard box. And in this dodgy looking container, that dates back to that eldritch dark age known as the 1980s, we have some rare relics of one of the strangest snacks ever to be unleashed upon the British public.

Now one of the best-loved British animals is the humble hedgehog, who has long enjoyed a place in our popular culture, from medieval tales of the spiky rogues stealing apples to the stories of Beatrix Potter. And aside from numerous kids shows and books featuring the noble hedgepiggy, there's one little factoid that everyone knows about hedgehogs - that allegedly gypsies would eat them. This appears to have first become public knowledge in the late 1800s when scholars began to document the culture and traditions of the proper old school gypsies, the Roma. An early reference to this usual item in their menus comes in a tome published 1874 written by George Borrow with the exotic title of Romano Lavo-Lil, and a subtitle long enough to cause back problems for any attempting to say it - Or Word-Book of The Romany or, English Gypsy Language, With Specimens of Gypsy Poetry, and An Account of Certain Gypsyries or Places Inhabited By Them, and of Various Things Relating to Gypsy Life In England. Anyhow, Borrows has this to say -

After breakfast the men sit down to chin the cost, to mend chairs or make baskets; the women go forth to hok and dukker, and the children to beg, or to go with the donkeys to lanes and commons to watch them, whilst they try to fill their poor bellies with grass and thistles. These children sometimes bring home hotchiwitches, or hedgehogs, the flesh of which is very sweet and tender, and which their mothers are adepts at cooking.

Now later accounts would add the fascinating detail that the ideal way to cook a hedgehog was to wrap the whole hog in clay and bake it on a bed of hot ashes. And when the little fellow was deemed cooked through, the shell of now hardened clay would be broken open and all those troublesome spines would be left embedded in the clay. At least that what the stories we all heard as kids used to claim - although I have heard it said that this "recipe" is in fact what we scholars call "a load of bollocks" and that anyone who wanted to eat a hedgehog would just skin it like any other animal... they are, after all, just little prickles, not curare tipped adamantine spikes.

Anywho, to get back on point as it were, back in the early '80s the British public were made aware that this well-loved little animal was in trouble. Hedgehog numbers were declining, and most definitely not may I add because gypsies were scoffing them all. No, the destruction of their traditional hedgerow habitats, coupled with large numbers being killed on Britain's increasingly busy roads was the real cause of their decline. Campaigns were launched to build little tunnels under busy roadways, people were encouraged to set up hedgehog boxes to provide places for the little chaps to hibernate in, and we were all told that actually the old folk tradition of leaving out bread and milk for hedgehogs was actually bad for them.

Now naturally the public responded to this in the expected and traditional British way - by making lots of tasteless jokes about flat hedgehogs. Indeed if the custard pie was the symbol of traditional humour, a splatted hedgehog seemed to be the spirit animal of the newly born "alternative comedy". Well, with their famous spines, they reflected the punk sensibility of this new brand of comedy, and the trail-blazing Not the Nine O'Clock News got great mileage out of roadkill hedgehogs in their famous "I Like Trucking" number. They even named their second LP after them - 1981's Hedgehog Sandwich (BBC Records ‎– REB 421). 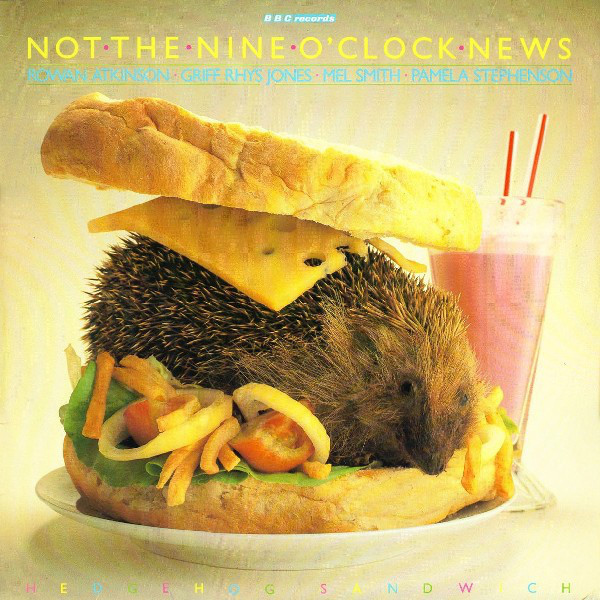 However in the very same year, you suddenly could make a hedgehog sandwich of your own. Well, of sorts anyway. A pub owner in Wales, named Philip Lewis rather enjoyed all assorted hedgehog jokes that were doing the rounds at the time, and thought it would be highly amusing if you could get hedgehog flavour crisps (that means potato chips for readers outside the UK). Obviously such a snack item did not exist, and with admirable commitment to comedy, Lewis quickly set up his own company to make and market hedgehog crisps, with Hedgehog Food Ltd. opening its doors in 1981.

Now by his own admission Lewis didn't really expect his product to have much more than novelty appeal, and was delighted to find his new flavour of crisps went down a storm, Of course, we all flocked to the local shops to try them at first - after all, we all wanted to know what hedgehog tasted like. However after the public's initial curiosity was sated, the new crisps still sold well, as people actually quite liked the new exotic flavour; indeed folks still moan to this very day that you can't get them anymore. And what did they taste like? Well surprisingly hedgehog breaks the universal food rule that any exotic meat tastes like chicken, and were kind of beefy if I remember rightly.

However not everyone was happy, Wildlife enthusiasts complained that the crisps were encouraging people to hunt hedgehogs, although in fairness the packets did say -

But all the same however, the following year, Lewis and Hedgehog Food Ltd found themselves in court. Yes, in 1982, a case was brought against them by the Office of Fair Trading on the somewhat bizarre grounds that Lewis and co. were breaking the law as their crisps didn't actually contain any hedgehog at all. In fact, that unique hedgerow flavour was actually just your usual pork fat. However in the end, everything got settled without too much trouble. The crisps were (slightly) renamed from "hedgehog flavoured" to "hedgehog flavour", and apparently Lewis had interviewed actual gypsies who had eaten baked hedgehogs and got a flavouring firm to simulated the taste they reported.

Eventually the fad for hedgehog crisps did die away, much to the sorrow of those who loved the flavour. But on the positive side, British hedgehog numbers did begin to recover, and Lewis donated some sizeable sums from his millions of profit to St. Tiggywinkles, a wildlife hospital in the Midlands that is still doing excellent work to this very day, and you can find them here - http://www.sttiggywinkles.org.uk/ 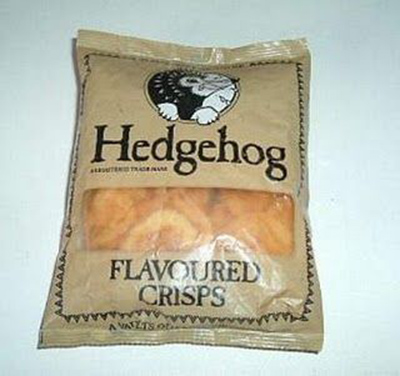