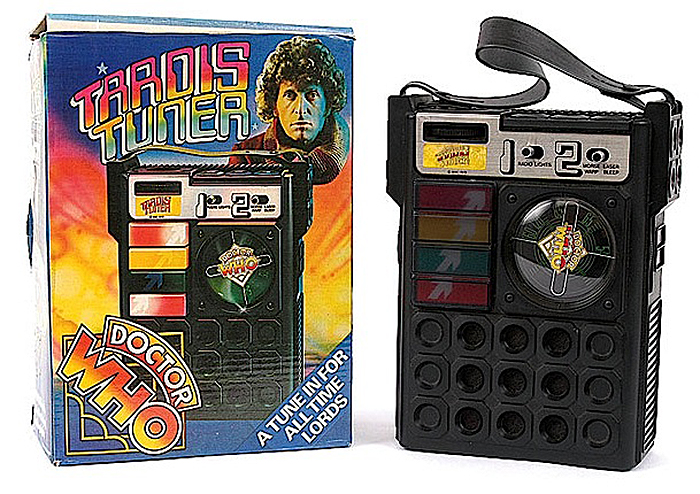 Welcome once again dear fiends to the 'Orrible 'Ouse of Terrible Old Tat! That's it, step inside... But don't touch that! Anywho dear friends,in the past we talked of those distant days when catalogues was king, that now almost forgotten age of non-digital home shopping, a time when with nothing more advanced than a big glossy book, a pen and a stamp or two, you could order all manner of goods to be delivered to your door. However in this pre-internet age, there were actually some items that you could only get through mail order, something their manufacturers proudly trumpeted in the marketing - "Not available in any shop!". And were these rare and difficult to obtain items any cop? Well, therein lies a tale or two! Some were very good, some were very bad, and a few were ugly. However sometimes these mail-order-only goodies went way beyond the parameters set by Sergio Leone, for some were just downright weird!

These days, if a show or a movie is successful, it's instantly merchandised to the proverbial hilt, with the brand being instantly licenced for everything from comics to clothes to cruet sets. And in some cases even actual hilts, well, replica swords at any rate. However in ages past, the availability of tie-in items was somewaht sporadic, and often what was up for sale was rather eccentric. Now then, at the close of the 1970s, the most popular SF show, was one of the most popular TV shows in Britain full stop. With Tom Baker helming the TARDIS, Doctor Who was enjoying a huge wave of popularity. And hence, somewhat surprisingly, it was only in the time of the Fourth Doctor, some ten years into the life of the hit series, that we got much in the way of proper merch. As previously discussed, it was in this jelly baby era that the first proper Doctor Who action figures appeared. Also this was the period when the Target novelisations began to appear on the shelves, and more exciting still, a weekly comic - helpfully called Doctor Who Weekly - first appeared.

Now back in those pre-web days, specialised publications served a unique role. For aside from serving up content dedicated to their chosen area of interest, such magazines provided a valuable micro market for advertisers and mail order shops. And around the same time as Doctor Who Weekly appeared, an electronics firm called Shortman Manufacturing wangled a license to produce tat for the Doctor Who brand. A great coup of the firm, but one posing a sticky question - what could they make? Despite its popularity, Doctor Who was always somewhat tricky to merchandise - there weren't a host of exciting space-age vehicles like the Gerry Anderson shows, the Doctor didn't carry anything in the way of weapons that could be turned into toy guns. Plus he didn't wear a special outfit or costume either, so not helmets, masks or utiliy belts to sell. In those days, even the now very toyetic sonic screwdriver wasn't used that much in the old series. Hence Shortman came up with a novel idea - how about an item that had never, and indeed would never, feature in the series, but you could stick a Who logo on regardless! Perfect! 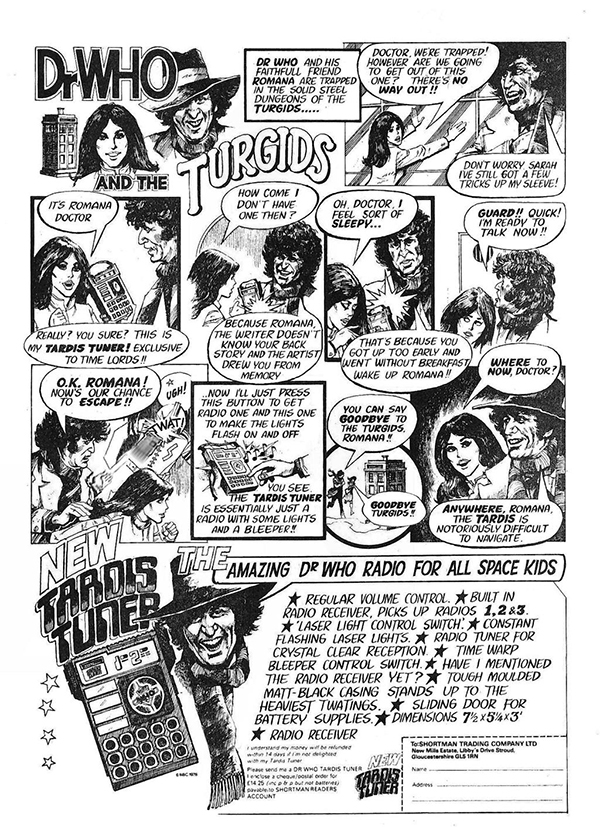 And so the TARDIS Tuner was born! Pimped with a full page comic strip ad, frequently in the pages of Doctor Who Weekly and comics such as 2000 AD from 1978 onwards, thousands of kids wondered what the hell a TARDIS TUNER was! The adverts proclaimed it was a "A TUNE IN FOR ALL TIME LORDS", but a little careful reading of the blurb revealed it was in effect a jazzed up medium wave transistor radio. Priced initially at £14.25, but later climbing up to £19.91, this seemed a bit steep for a novelty tranny, even it if was a rather chunky one - approximately 20 cm x 15 cm x 8 cm (that's approx 8" x 6" x 3" in old money).

Powered up by 4 AA batteries (or HP7s as they were back in the day), admittedly the TARDIS Tuner did do a few extra things too! The full, if somewhat cryptic, list of features was as follows:

Wait a minute! This had lasers?!? Take my money now!

Of course it didn't really have lasers, just some bog standard flashing lights. Now I'm not sure whether Shortman were hoping that no one would be daft enough to think the TARDIS Tuner really had lasers, or were daft enough to believe the blurb but conveniently also be too stupid to start legal proceedings. Either way though, to a child of the 1970s, flashing lights were very cool in themselves. Yes, I know, simpler times! *Insert favourite old git rant of your choice here*

But did this space-age gadget actually do? Well after literally years of idly wondering what a "Time warp bleeper control switch" did, at last the truth can be revealed! Switch 1 toggled the TARDIS Tuner between "Radio" or "Lights" mode. In "Radio", obviously you could listen to the radio. No Radio 4 though, as this didn't pick up FM, but I'm sure that wasn't a huge deal for the nation's kids. However it is in "Lights" mode that things get interesting. In this second mode, you could no longer use the radio, but instead the TARDIS Tuner can be made to emit a range of electronic noises. Well, a range of two electronic noises - with the second switch - "Switch 2" natch - allowing you to chose between "Morse Warp" or "Laser Bleep". However by using the volume control, you could modulate the pitch of both of these to create eerie space age oscillating tones... Or perhaps just a racket to annoy everyone else in the house with at any rate! I'm guessing several parents ended up regretting this purchase.

However one does wonder whether the advertisers had much faith in The TARDIS TUNER. For the faux comic strip hawking it in advets was entitled "Doctor Who and the Turgids". Methinks someone was having a laugh there. But despite soundly horribly low tech to modern ears, and to be honest being potentially quite disappointing back then, quite clearly the TARDIS Tuner sold well enough, for it was advertised in the pages of Doctor Who Weekly and other comics for several years. And now this totally non-canonical item has become popular with Who cosplayers, with a working model going for a 100 quid recently! 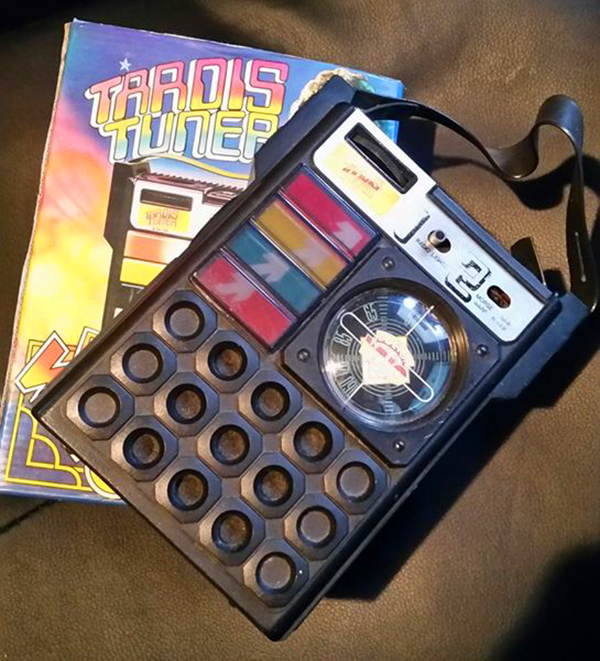