THE BEVERAGE OF DELIGHTS

How To Make a Posset

A favourite part of the Yuletide festivities here at Hypnogoria Towers is revisiting The Box of Delights, whether as the original novel by John Masefield, the 1980s BBC Television six part adaptation, or the 1995 radio version.

And aside from being a truly magical tale, it's a well-named one too. For as well as adventure, festive thrills, and lashings of snow, it contains a generous helping of legend amd lore. And one little hidden treasure is the marvellous recipe recounted by the Police Inspector at Condicotes, han hofficer of the law who habitually adds hextra aitches hall over the place! Hand, I mean, and, over the last few years when the cold and frosty nights have come, I have greatly enjoyed this vintage nightcap! I speak, of course, of the the wondrous posset!

But what is a posset I hear you cry! Well, I shall hand you hover, I mean over, to the Inspector... 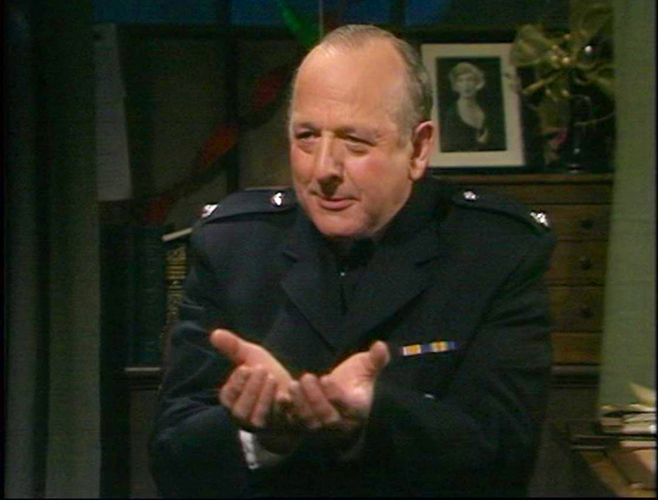 But you young folks in this generation, you don't know what a posset is. Well a posset," said the Inspector, "is a jorum of hot milk; and in that hot milk, Master Kay, you put a hegg, and you put a spoonful of treacle, and you put a grating of nutmeg, and you stir 'em well up, and you get into bed and then you take 'em down hot. And a posset like that, taken overnight will make a new man of you!

Now then, if you were wondering what 'a jourm' is, it is a large bowl, often with handles, for drinking out of! But, don't fret if you don't have a jorum, any ordinary mug will do!

Furthermore, you may replace the treacle with brown sugar or golden syrup, depending upon your taste. Personally I also like to add a generous dash of cinnamon for that extra Christmassy flavour! And I can personally attest to the revitalising powers the Inspector refers to!