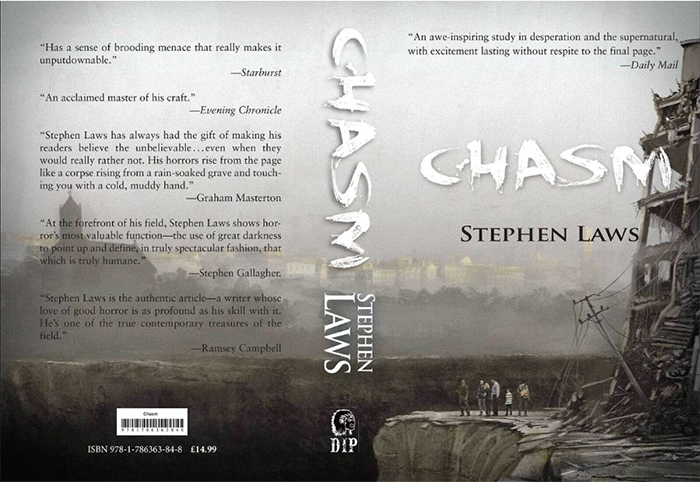 When I was a kid, I always remember the standard grown-up response to moaning about the weather was to point out that yes, it might be drizzling again, but on the other hand the UK didn't get hurricanes, tornados or earthquakes, so a bit of rain isn't so bad. And as well meaning as this line of reasoning was, it did have a somewhat difference effect - namely to make me terrified of the aforementioned hurricanes, tornadoes and earthquakes. Such is the impish nature of childhood imagination - if you're told "don't worry, that doesn't happen here", it instantly starts whispering "ah yes, but what if it did...".

And I wonder if Stephen Laws had a similar experience, for in Chasm, his tenth novel, he takes us to Edmonville, a typical sleepy little English town, and then promptly hits it with the earthquake of your nightmares. Entire buildings are leveled, the ground literally splits apart, swallowing up whole streets, and so much dust is thrown up, the sun is blotted out. Out of this wreckage a handful of survivors band together and attempt to survive while they wait for the outside world to send aid to the stricken town.

Now for many writers, this opening scenario would be enough to plot out the entire novel. And indeed, tales of ordinary folk surviving after some society-ending cataclysm have been a staple of British fantastic fiction since John Wyndham's Day of the Triffids. And indeed, in the early stages of the novel, as we meet the motley crew of characters who will band together to survive this epic disaster, it appears that is exactly the kind of tale Chasm is going to deliver. And indeed in the hands of other authors, this scenario would be enough for a novel in itself. However the wiley Mr Laws has some other tricks up his sleeve, and soon you will discover that the mega-quake that has leveled Edmonville is the stuff of nightmares in more ways than one.

Stephen Laws burst onto the horror scene back in 1985 with his debut novel Ghost Train, and followed it up with a string of well-received books that were hits with readers and critics alike. He proved time and time again to have a real flair for spinning out suspenseful yarns centred on original horror concepts, spurning the standard-issue malevolent ghosts, psychopathic killers and jaded vampires, and creating instead monstrous and macabre menaces that were both original and imaginative. And in Chasm Laws brought us perhaps his biggest and baddest creation yet - for this is no mere disaster tale, this is a conjuration of a truly epic evil. And the further you get in to this novel, the more you appreciate its scope and vision. Indeed when it was originally published back in 1998, Chasm was nominated for a British Fantasy award for Best Novel. 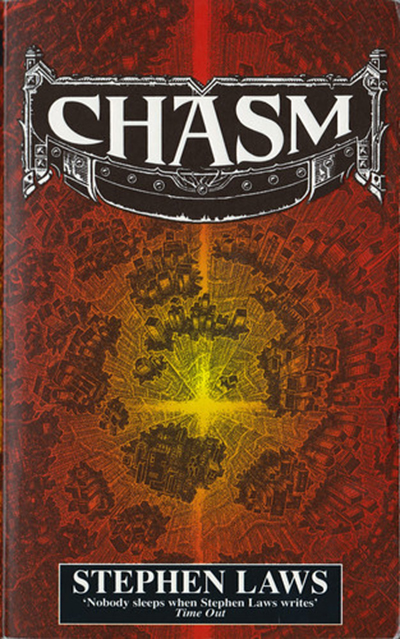 What's more, Chasm feels like a genuine progression too. While even in his first books, Laws always delivered interesting characters and intriguing scenarios, going through his novels you can clearly see a writer who is becoming more and more confident - not just telling bigger stories, but addressing deeper themes too. And Chasm sees him at the top of his game, effortless balancing all the action of you want from a widescreen supernatural horror tale with small-scale, carefully crafted character developments. For a supernatural terror to be effective, we need solid characters with motivations and believable emotional lives to bring the horror home. And this is something Laws has always understood well, and hence in Chasm he never lets the scale of the horrors overshadow the more intimate moments and details of the varied cast of characters.

Laws also knows well that no matter how imaginative your monsters are, they have to operate at a human level too. When it's just people versus monsters, it's easy for storytellers to fall into goodies and baddies tropes operating in simplistic black and white moral framework. However Laws has always been interested in the nature of evil, and how it is expressed through human actions and motivations, and itis something he has explored in many of his novels. Chasm is no exception, and hence while we do have an amazingly imaginative threat for our band of survivors to contend with, there's also more human menaces to deal with. And we are not just talking some folks going over to the Dark Side as it were, for Laws understands very well contrary to most fiction, the worst things happening don't necessarily bring out the best in us. And in Chasm human failings will prove be as big a threat as the cataclysm that befalls Edmonville.

Chasm is a massively entertaining book. There's more than enough action to keep you turning the pages, but the real joy of this novel is that Laws very adeptly throws in a new twist every time you get to a point where you think you know where the plot is going. There are some brilliantly imaginative developments that shift this novel far away from the usual post-apocalypse yarn you might be expecting, while Laws masterfully keeps the story grounded at a personal level, giving us characters we can relate to and a stake in their shattered world. And while there is a lot of truly cinematic set pieces in the novel, in the end it is also a book about human weaknesses and has much to say on the real nature of evil.

Now sad to say, currently horror is somewhat out of favour in British publishing, and one of the casualties of this has been that Mr Laws' marvelous novels have been allowed to go out of print. But thank the dark gods for PS Publishing who are still carrying the torch of UK horror! And they have just published a new revised edition of Chasm, coming as a gorgeous signed limited hardback or a trade paperback. And if you're looking for some classic British horror, pick up a copy today! 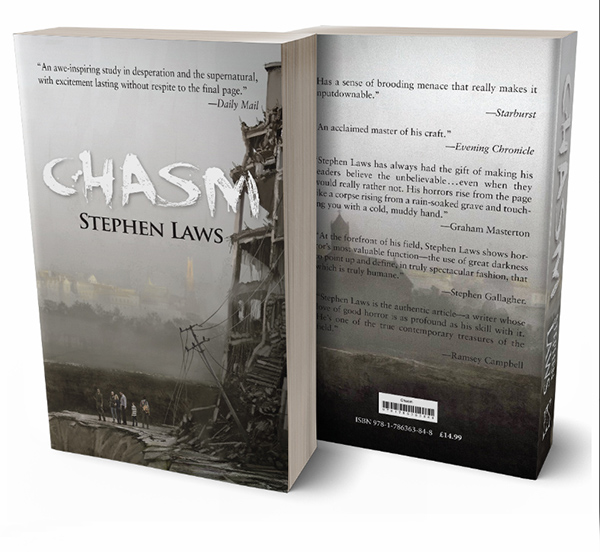