Now surely I don't need to identify this one... Even if it is appearing under an assumed name! For this is one of the great space monsters of 1950s SF - indeed it is one of the most iconic cinematic aliens ever to lurch across the silver screen - the Metaluna mutant from the classic This Island Earth (1955).

I suppose in all fairness, the Metaluna mutant is indeed a "creature from outer space". However while 'Metaluna' might be a bugger to spell, 'mutant' sounds more menacing that 'creature'. 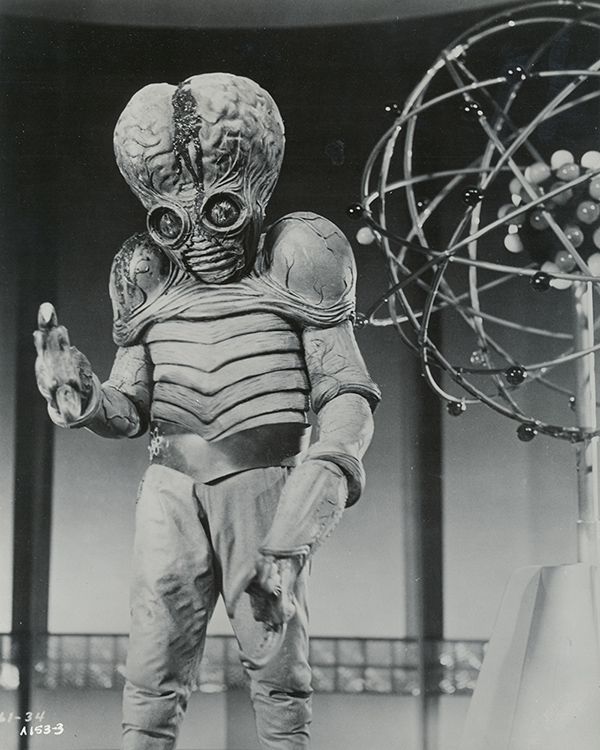 However, there is another guest star in the Creature From Outer Space card! In another get-tracing-paper-out incident, the chap in the background suffering from a vicious head-stabbing is none other than cult icon Ian McCulloch, star of Fulci's Zombi II (AKA Zombie Flesh-eaters), Zombie Holocaust (see our Zombi Zombi podcasts for more details) and Luigi Cozzi's Alien knock-off Contamination. The bloodied victim is actually copied from a still of Mr McCulloch's in the 1975 Tyburn horror The Ghoul (hear all about this flick here) which also starred Peter Cushing, John Hurt, Veronica Carlson and Don Henderson. And here's the splatastic original pic! 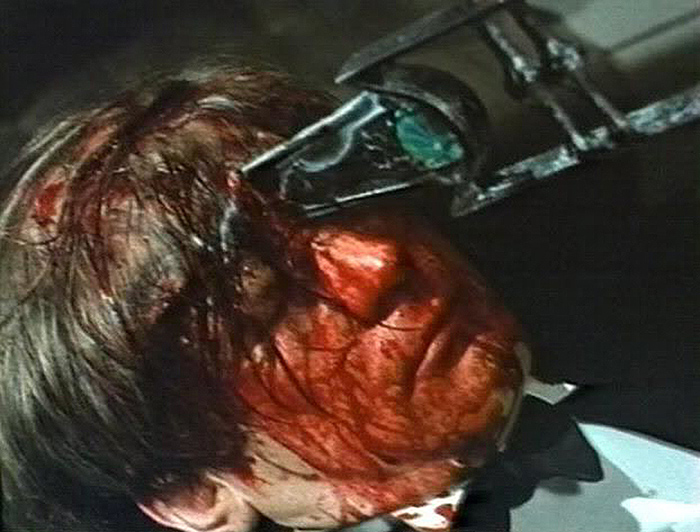 However before we go, I have one more somewhat self indulgent note... Despite its iconic status, the Mutant only appears in the movie briefly at the end, with most of the action featuring the almost human-looking Metalunans. However in a strange coincidence, around the same time Top Trumps were lifting the Mutant for the Horror set, another company was pinching its large foreheaded masters for a long running ad campaign...

One which led many SF obsessed '80s kids (alright, maybe just me) to believe a major manufacturer of household appliances was actually a front operation for an alien species to relocate to Earth and destroy our free will in Thought Transference Chambers... Judge for yourself - here are the Metalunans from This Island Earth 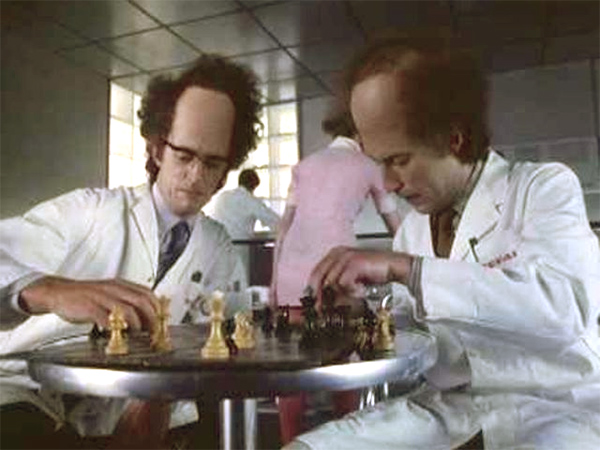