Now not only is Dracula instantly recognisable, but here we quite clearly have his celebrated incarnation on screen in Hammer movies, with the immortal Count being played by the late great Sir Christopher Lee! If memory serves, this particular image is modeled on a publicity still from the very first Hammer Dracula way back in 1958. Directed by the great Terence Fisher, Dracula or Horror of Dracula as it is known in the US, is rightly regarded as one of the great movie versions of Stoker's immortal tale. And it would spawn nine sequels, with Lee starred as the Count in seven of those, only bowing out of the first follow-up Brides of Dracula (1960), and declining to appear in the very last entry Legend of the Seven Golden Vampires (1973).

We don't normally remark on the often contentious figures bandied about on the stats, but as the star of one of the most frequently adapted horror novels, one of the most recognisable monsters in the world, and indeed, the role model for nearly all fictional vampires, Dracula certainly deserves his horror rating of 100! 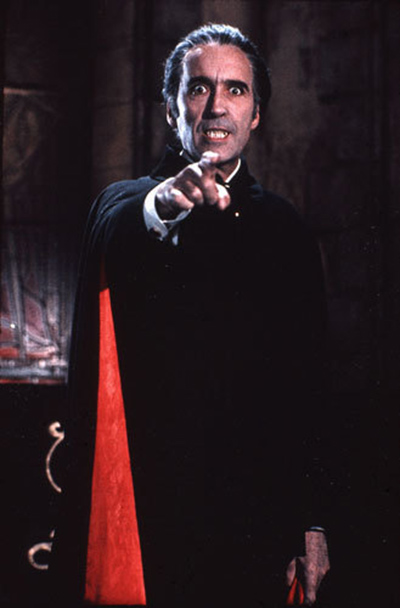