Welcome boys and girls to another Tomb of the Trumps! Look, you lot all the know the score by now, so then lets get right on with it! And here's a familiar face, although one with a title that will have pedants everywhere twitching as if they'd gotten a 1.21 gigawatt jolt from the Baron's own tesla coils!

Now then, therre are no prizes for guessing what the origin of this card is! Yes, it's quite clearly sourced from the old Universal Frankenstein movies, and it is indeed a still of the great Boris Karloff as the Monster. But yes, technically the card is quite incorrectly titled as it shows the creature made by Frankenstein, not the Doctor himself. Happy now pedants? 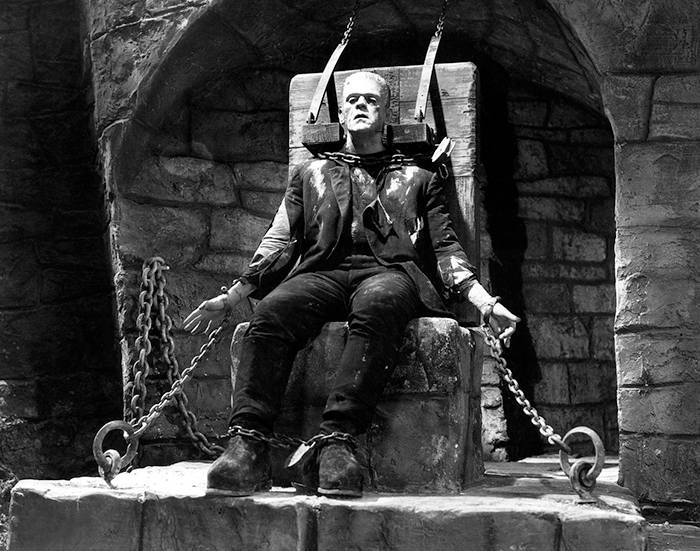 Now the above still comes from The Bride of Frankenstein, and appropriately enough it was most likely this movie in particular that kicked off the long-running tradition of confusing of the name of the creator with the monster he made. For while Henry Frankenstein (as played by Colin Clive) does indeed get to marry his fiancee Elizabeth (Valerie Hobson) in the course of this movie, the title clearly is referring to the bride that he and the villainous Dr Pretorious (Ernest Thesiger) make for Karloff's creature. And the resulting bride they create, as played by Elsa Lanchester, made such an impression on the popular imagination, that the creature took on his maker's name in most folks' minds.

And, fittingly enough, our next card has a Karloff link too... 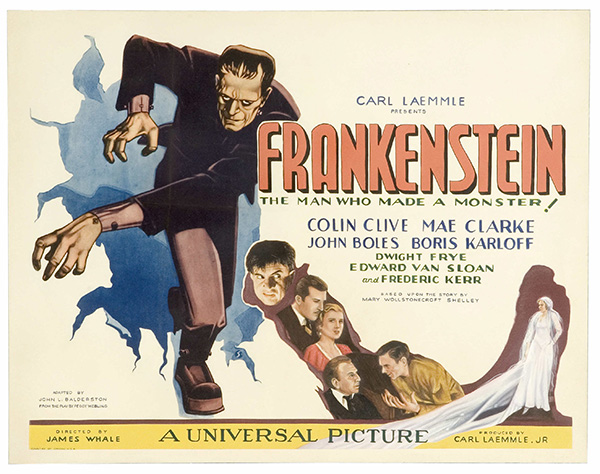