Now I'm sure the source for this card needs no introduction to fans of classic horror movies, for this is a creature from the legendary house of Hammer, the titular beast from The Reptile (1966).

Hammer of course had made their breakthrough with a creepy adaptation of Nigel Kneale's The Quatermass Experiment, and had built the foundations of their house of horrors with new versions of Dracula, Frankenstein and The Mummy. However by the 1960s the studio was keen to create its own original terrors, and The Reptile was an early and very successful step in that direction. The movie tells the tale of a remote Cornish villager with a highly unusual secret - it is the lair of a... well, what can we call the Reptile? A were-snake? A Snake-person?

But whatever you want to call it, the titular terror looked great! Whether in fully monstrous mode, with a make-up created by Roy Ashton, or in her human guise as Anna Franklyn, played by cult leading lady Jacqueline Pearce, who is probably best known by genre fans for her later portrayal of sexy space tyrant Servalan in Blakes' 7. 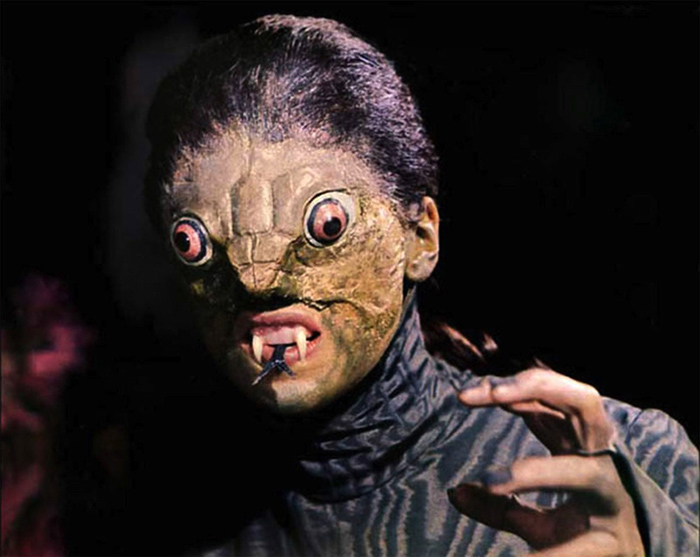 However as is often the case with these cards, there's actually a secondary source here. I often wondered why the artist had given the Reptile what appeared to be a black coat with a big collar, and comparing various stills from the movie I soon realised why - these are the Reptile's mitts at all! In fact, that's not her body either!

Yes, this is another hybrid picture, created in the mad lab of the Unknown Artist's deranged imagination from two separate images. Oh yes, the head is Jacqueline Pearce adorned with that iconic monster make-up, but the body is stolen from an old horror magazine...

As you can see, the body and hands actually belong to another Hammer star, Sir Christopher Lee, in his break-out performance as the creature in Curse of Frankenstein, as seen here on the cover of the fondly remembered House of Hammer! Jacqueline Pearce's head on Chris Lee's body - now that truly is a Frankensteinean creation! 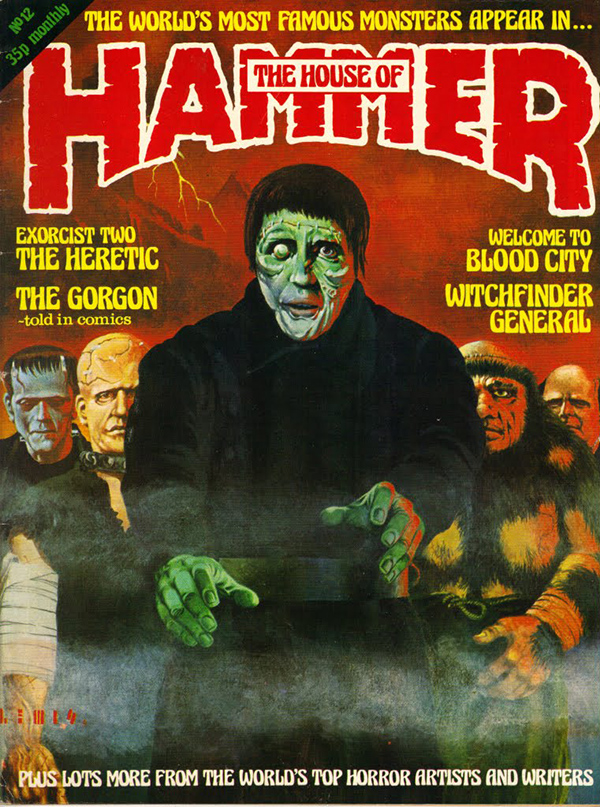