Ah poor old Granite Man! Despite having some decent scores, he was beloved by exactly no one, and on reflection a Horror Rating of 71 seems distinctly generous when most kids just wondered who the hell he was. Was he a poor cousin of Marvel superheroes like Ice Man? Could be! Or perhaps a mate of Spidey's foe Sandman? That seemed likely! Was he extremely dull? Yes!

Now on the face of it, old Granite Man does seem like the makers were really struggling to fill up this second deck, and therefore knocked this up so quickly the artist didn't even bother to colour it in. However it may surprise you to know that this card wasn't just a quick sketch slapped on a card! In fact Granite Man is this chap! 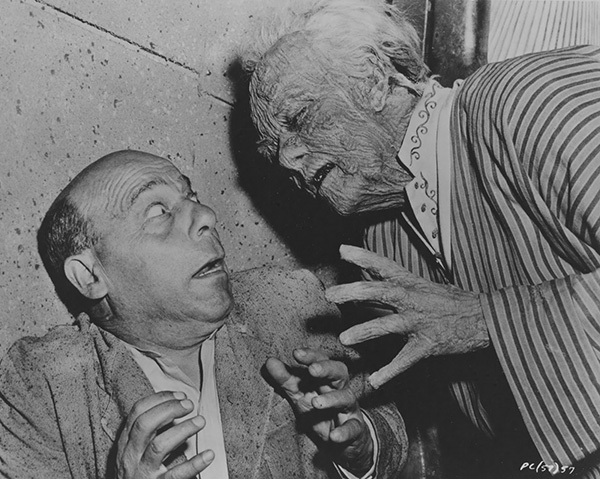 Now that still shows the main monster from a little known 1957 horror flick entitled Pharoah's Curse. In this movie, explorers excavate an ancient Egyptian tomb and one of their number, a young chap played by Alvaro Guillot, becomes possessed by the spirit of an ancient mummy. But as well as going on the expected murderous rampage, he also develops a taste for blood drinking. And that's not all, for also he begins to age at an accelerated rate until he resembles the old geezer in his pajamas shown above. And hence we get his more lasting legacy - providing the template for Granite Man... However now we know where the rocky chap came from, now we have the trickier dilemma of deciding whether it was a good or bad thing that the deranged Unknown Artist of the trumps left off his jim-jims...

If you want to hear more about this obscure movie, you can hear all about in in Chapter 10 of my podcast series The Mysteries of the Mummy. 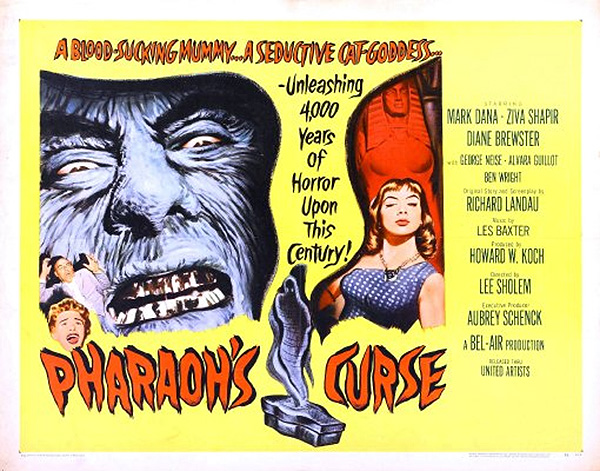