Now then, do I really have to explain who The Hangman is?

Well, on the off chance you don't know, this green faced sadist is actually the great Lon Chaney in the classic 1925 silent version of The Phantom of the Opera! Behold! 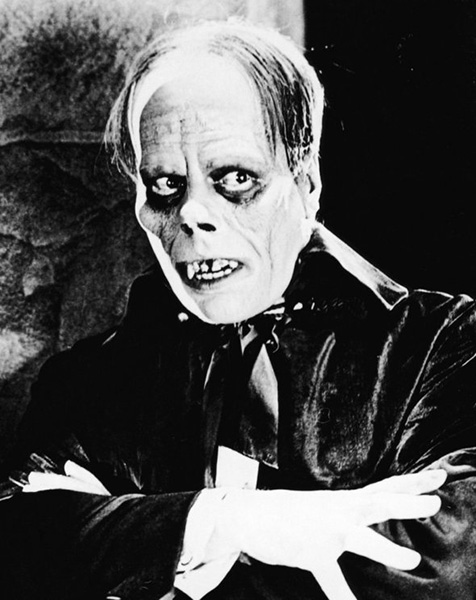 Now for me, and indeed for many movie buffs, the Chaney version of Phantom of the Opera is still easily the best screen adaptation of the classic novel by Gaston Leroux. Not only is it the most faithful, but still, nearly a century later, no one has bettered Chaney's own self-created make-up for the disfigured Erik

However as much as I'd like to sit and gush about the 1925 Phantom - seriously folks, if you've not seen it, do seek it out - we have other business with this card! For as is traditional with these old Horror Top Trumps, there's more than one source being used here in this Hangman tableaux. For yes, his victim is lifted from a still from an old horror flick too. And it's from another classic too! Yes, the Hangman's victim is poor old Dr. Marcus (played by John Carson) in that cult collaboration between Hammer and Brian Clemens Captain Kronos Vampire Hunter (1974)! 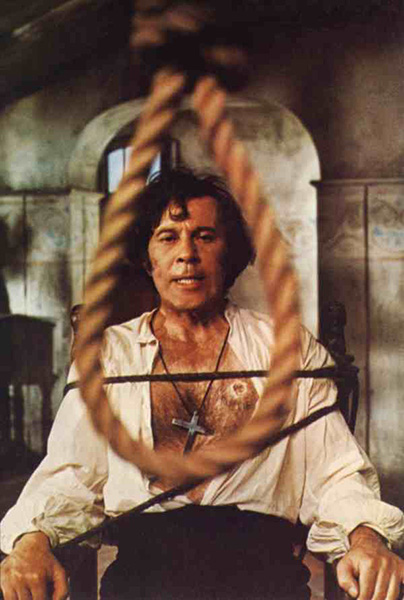 Although, that being said, at first I did heavily suspect the Hangman's victim was none other than Christopher Matthews in anopther Hammer flick of the same vintage, Scars of Dracula! However I think that's just down to our Unknown Artist squashing the head a bit and colouring the hair blonde! Still it's a good enough nexcuse to reproduce a suitable gorey still anyway... 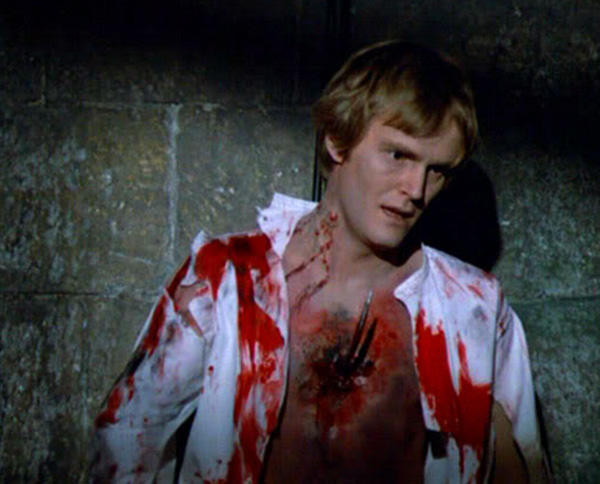