Now then despite the fearsome appearance of this card, Headhunter doesn't hail from some forgotten green hell horror flick full of savages and tropical blood rites! Rather like his deck mate Cannibal, this fearful brute is actually based on a pic from a non-horror movie. Yes, Headhunter is actually the genie - played by Rex Ingram - from the classic fantasy flick The Thief of Baghdad, made in 1940 by cinema legends Alexander Korda and Michael Powell. 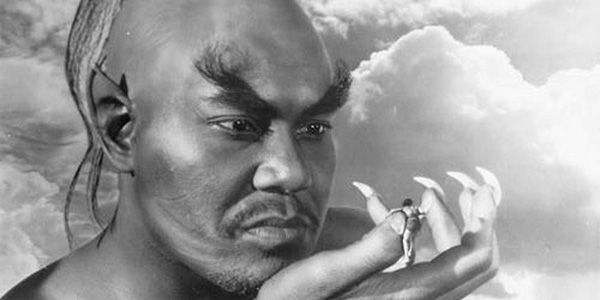 However once again, our work here is not yet done. For does not that out-of-scale little white noggin ring a distant bell or two? Well, it certainly always looked vaguely familiar to me too. And at first, from the somewhat different style of inking used, I suspected that this little white bonce was perhaps a lift from a horror comic. But then, a penny suddenly dropped - the heavy crude lines weren't due to it being a steal from a comic-book, but because it was taken from a blurry old still. And noting the wonky ears, the one quizzically raised eyebrow, and the beaky snooze, there was only one place this could have come from - Nosferatu (1922)! 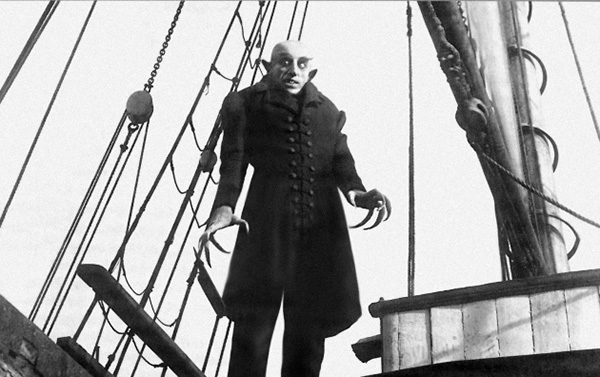 Yes, I heavily suspect that Headhunter's trophy is actually based on this still from the classic silent horror masterpiece. And I'm guessing from the heavy lines used by our Unknown Artist, he was working from a poorly printed and/or much magnified picture of the face of Graf Orlock as seen in this famous shot. Hence it's something of a loose likeness I grant you, but there are clear similarities, and too many to be a mere coincidence methinks.