Evidently our Unknown Artist had procured some large tomes on classic horror movies, for once again he'd been faithfully recreating stills in felt-tip! Despite the warts and green skin, here we quite clearly have a rendition of a famous scene in James Whale's Frankenstein (1931) where the mad doc's hunchback assistant Fritz, played by Dwight Frye keeps the newly made monster under control with a flaming torch. Get used to it kiddo, you're gonna be seeing ALOT of flaming torches in the future! 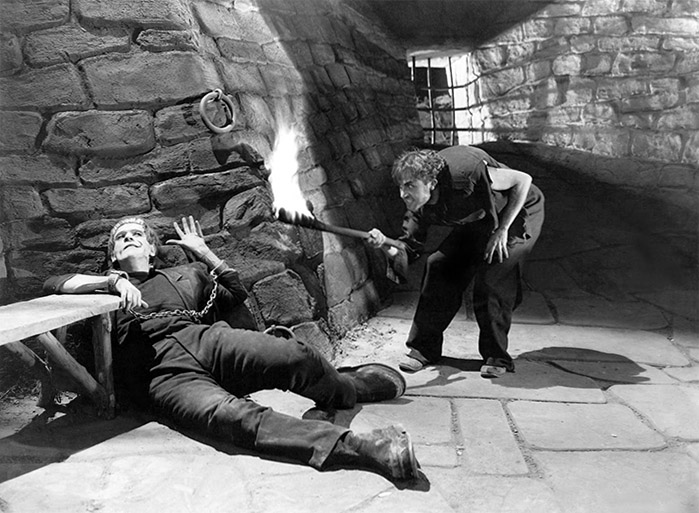 Now in Mary Shelly's original novel, Frankenstein had no deformed half-crazy assistant, however it's highly probably that thanks the lasting impact of Lon Chaney's Quasimodo, Universal sought to up the horror quotient by adding the hunchbacked Fritz. Hollywood after all, still to this day cleaves to the rule that if it was successful once, it will be successful again. And they would return to hunchbacks many times in their horror movies, most famously with Ygor, played by Bela Lugosi in Son of Frankenstein (1939). Although this character strictly speaking only had a hunch due to a broken neck, the popular imagination has taken his name and fused it with memories of Dwight Frye, and so now many believe any Doctor Frankenstein worth his salt should be assisted by a hunchbacked Ygor.

And it is also interesting to go back to the original trailers for Universal's monster rally movies House of Frankenstein (1944) and House of Dracula (1945), for in both cases, alongside the Count, the Wolf Man and the Frankenstein Monster, hunchbacks are trailed as one of the monster attractions in these all-star creature features! Yes, the impact of Quasimodo and Fritz was such that even over twenty years later, studio bosses, and presumable the public too, associated hunchbacks with Universal horror. 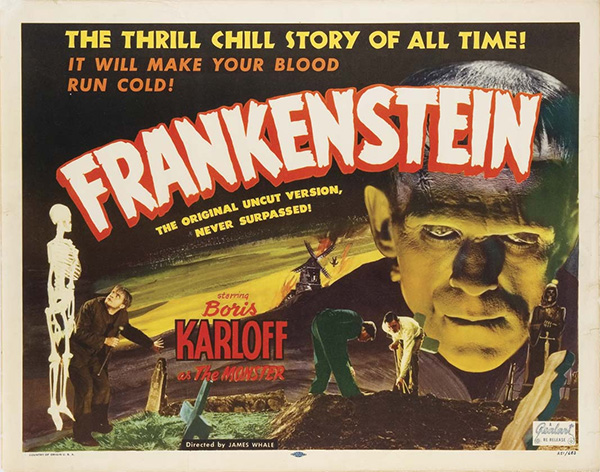