Mercifully, there are no melting Satanic goats involved this time, and this chap is considerably easier to identify. Now while "Madman" isn't a bad title for the card, "Mutant Man" would be nearer the mark. For this is exactly what he is - a unfortunate fellow mutated and driven homicidal by slow poisoning from dodgily dumped chemicals. 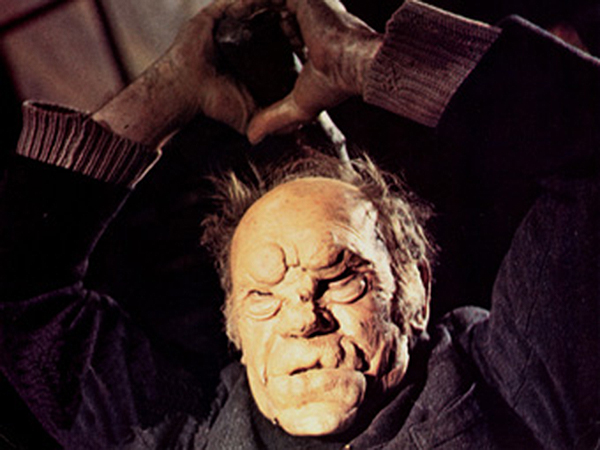 He appears in the 1972 Brit SF horror flick Doomwatch, produced by cult studio Tigon and directed by Hammer regular Peter Sadsy. Now the movie itself was a big screen spin-off from a popular BBC series of the same title. Devised by Dr. Kit Pedlar and Gerry Davis - the creators of Cybermen in Doctor Who - Doomwatch followed the investigations of a group of boffins faced with assorted ecological and technological threats to humanity. It's probably best remembered these days for the episode Tomorrow the Rat which saw a young Robert Powell being menaced by man-eating rodents. However the movie, while it did feature appearances from the regulars of the TV show, cast two new characters to star in the big screen adventure. However they were both familiar faces to lovers of cult movies/TV - hence we have Ian Bannen and Judy Geeson dispatched to a remote isle where something nasty in the water is making monsters of the locals, proving yet again, that like The Wicker Man and Nothing But The Night, remote Scottish islands were to be avoided at all costs in the early 1970s. 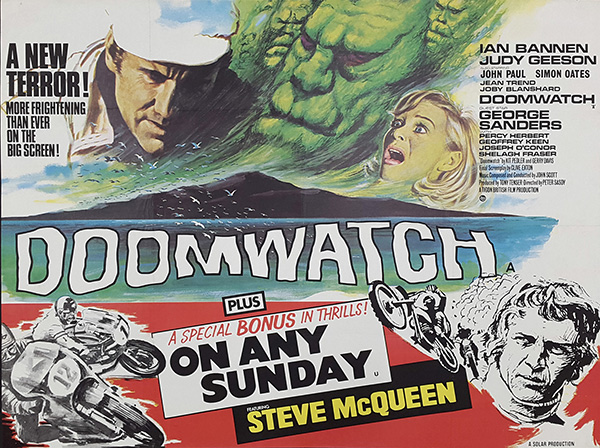