Now this knobbly horror will surely be easily identified by lovers of classic old SF flicks. And neatly enough, once again this is the revealed true form of a nefarious alien up to no good - the titular creature from 1958's I Married A Monster From Outer Space! 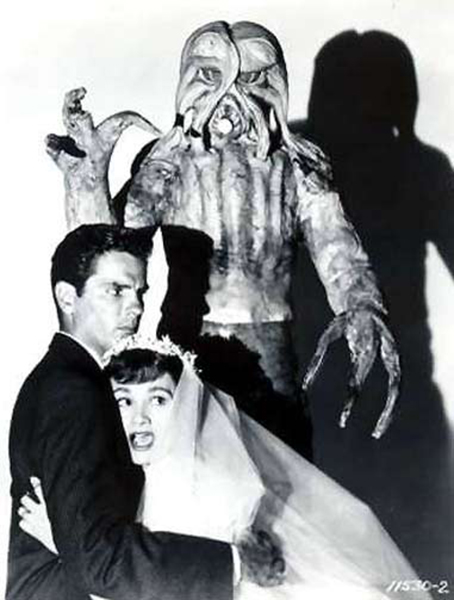 Now if you don't know, this movie tells the tale of Marge Farrell (Gloria Talbot, no relation to Larry) who has just got hitched to Bill (Tom Tryon). However very soon Marge suspected that he isn't quite the man she married. Is Bill ill? No. unfortunately for Marge, Bill has been taken over by a monster from space, part of a covert invasion from a race facing extinction thanks to their own females dying out! Worse still, these aliens just happen to be immune to bullets. But luckily for us, they prove to be powerless against dogs. And hence after their advance party has been torn to shreds by a pair of German Shepherds, the invasion is called off, and Marge is reunited with the real Bill who was stashed in their spaceship.

And things turned out pretty well for Bill in real life too, with Tom Tryon making a successful leap from acting to writing, and penned a string of novels. And these days Tryon is probably better remembered as a novelist, having written several acclaimed books such as The Other and Harvest Home that are now regarded as modern classics of weird fiction. 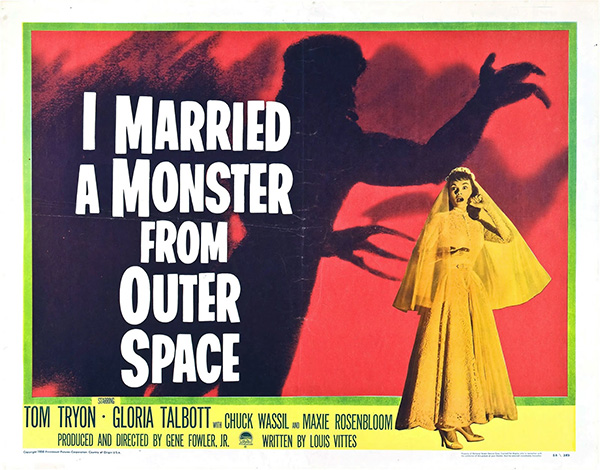