Now our next card is a similar cause of some confusion! Enter Mistress Vampire!

Now then most commentators have swung the direction of the legendary Ingrid Pitt - and let's be honest who can blame them! For Indeed Ingrid Pitt played some of the sexiest vampires ever to grace the screen, and it is hard not to think of her whenever female bloodsuckers are mentioned. However trawling through the assorted stills of her undead appearances in the Hammer classics Countess Dracula (1971) and The Vampire Lovers (1970), there isn't really a good match for the Mistress Vampire. Instead the closest we come is the following famous picture from her guest appearance in the celebrated Amicus anthology flick The House That Dripped Blood (1971). 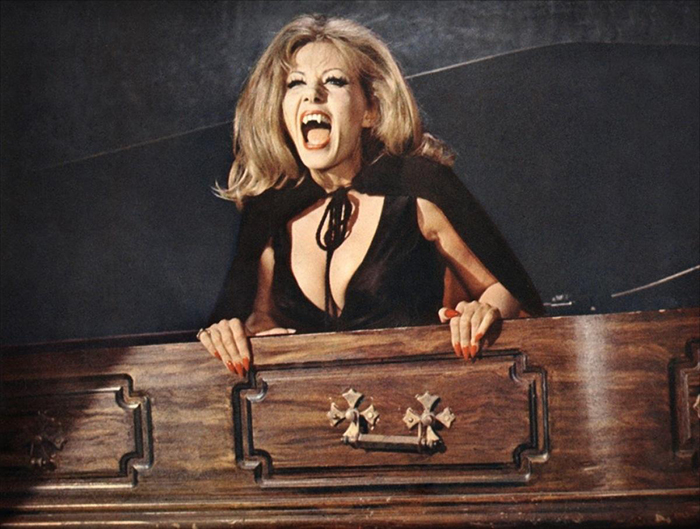 However noting that this still only bears a slight resemblance to the card, another popular guess hails from the same era of Brit horror - another Hammer flick and a sequel to The Vampire Lovers - Lust for a Vampire (1971). Here's Yutte Stensgaard as Mircalla Herritzen, the reincarnated/resurrected Carmilla Karnstein that Pitt played in the earlier movie. 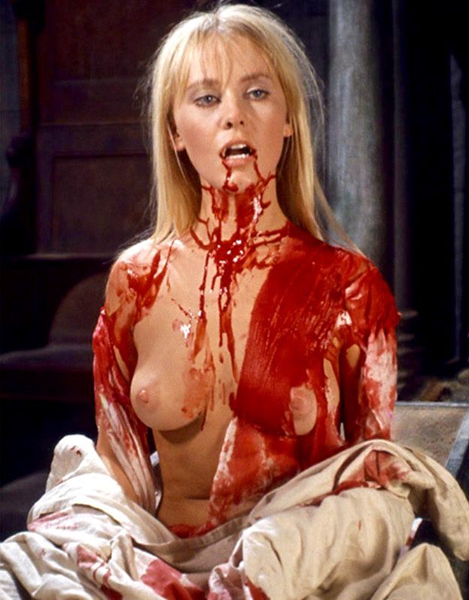 Now if you can tear you eyes away from Yutte - c'mon you can do it! - yet another Hammer horror has been mooted as a source for Mistress Vampire. This time it's Lalla Ward, who would become more famous a few years later as the second Romana in Doctor Who. But before she started gallivaniting about in a TARDIS, she appeared in cult Hammer movie! Here she is in the off-beat undead tale Vampire Circus (1972) 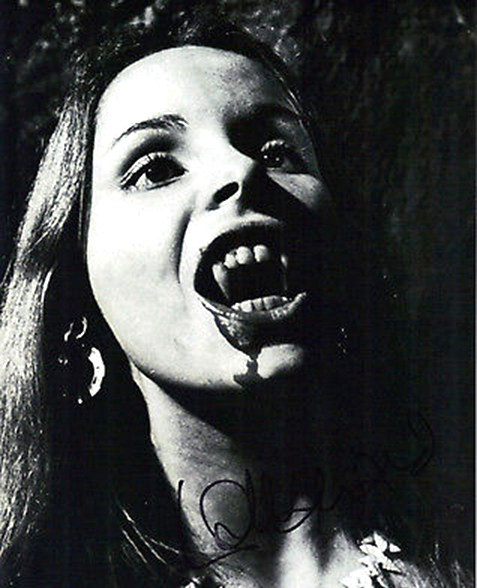 Definitely closer, I think you will agree! However I think there is actually a better fit - and it is actually from The Vampire Lovers - but surprisingly it's not Ingrid Pitt's Carmilla. Rather it's that character's previous incarnation, who we see menacing Douglas Wilmer in the prologue, and played by Kirsten Betts (later Kirsten Lindholm) 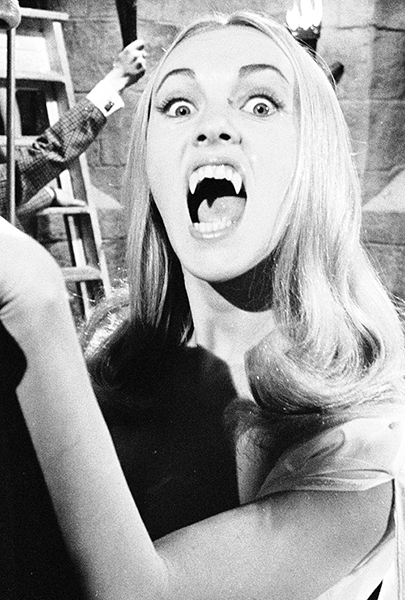 Yes, here I believe we have the winner, despite some (ahem) stiff competition from other memorable ladies from the early '70s blood and boobs era of classic Brit horror!