THE ORIGINS OF TOP TRUMPS

All About the Classic Card Game 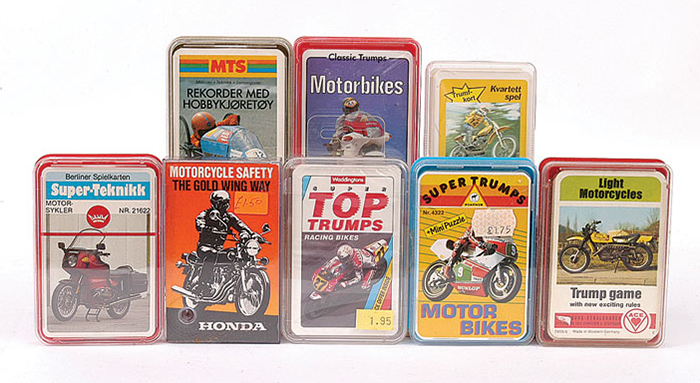 In the 1960s, an Austrian company named Piatnik began making a card game called Quartets, primarily aimed at the educational market. Now Piatnik had been - pardon the pun - a major player in the card world, forming as Wiener Spielkartenfabrik Ferd Piatnik & Sohne in 1824, and therefore knew a thing or two about art and game design. In this new game, there was a deck of 32 cards, divided into eight groups of four cards each, and the goal of the game was to collect as many complete quartets as possible. Now the rules of the game were very similar to that well-loved card game Go Fish, but Piatnik's innovation was to create themed decks and give every card statistics to use in play, with the idea being that young minds could absorb facts while playing with colourful cards with appealing art.

Not to be out-done, Dubreq launched new ranges of cards with an even more streamlined ruleset, and the game of Top Trumps as we know it today was born. The rules were very simple and highly playable. The pack was divided up equally between the players. Each player just looks at the top card in their hand. The player on the dealer's left (or more commonly whoever owned the deck and/or suggested playing) chose one of the statistic categories on his top card and read it out. Other players consulted their top cards and whoever had the highest or best stat won that round, collecting the top cards from their fellow players and adding them (including his own top card) to the bottom of his pack. Then the winning player looked at the next card in his hand and chose a category... Basically this process was repeated until one player had all, or most of the cards in their grubby little mitts.

Launching in the UK in 1976/77 with a range of eleven different packs to collect and priced at 50p, comfortably in the pocket money range of most kids, Top Trumps became a genuine phenomena, with even adults enjoying the fun too. The game itself was simple to learn, easy to play, and involved the right mix of skill and luck. However soon the concept of collecting all the packs became a hobby in itself. Hence Dubreq were soon producing more and more decks, and as competitors and rivals began to hit the market, they began expanding the scope of their themes to appeal to a growing audience of players and collectors. And hence from the initial and profitable ranges focusing on vehicles, we soon had decks based on sports, history and animals, most of which largely held to the original ethos of Quartets in being factual, and therefore educational.

However as Trumps mania burned bright and fierce, roaring across the UK, evidently the over-worked deck creators lapsed into some frenzied fever dream, for in 1978 a new range was launched consisting of just two decks. And these two packs would become infamous - the Horror sets! 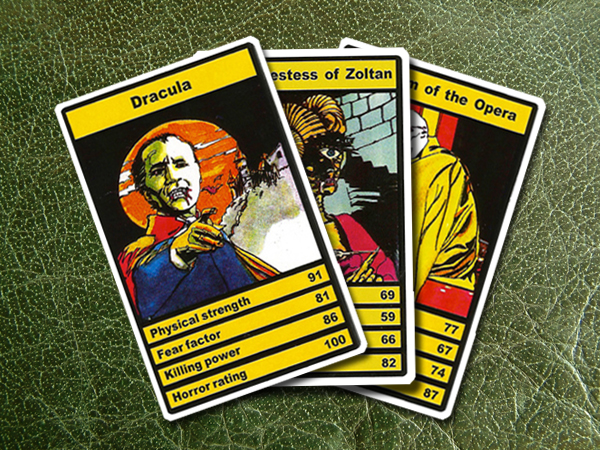