THE PHANTOM OF THE OPERA

Now the Phantom of the Opera has already made a couple of appearances in this series before, courtesy of the great Lon Chaney Snr. For his marvellous depictions of the disfigured Erik have already been ripped off for, I mean, inspired, a couple of earlier cards - The Hangman and the Lord of Death.

However I'm sure it will come as absolutely no surprise that by the time we actually get to the old Phantom himself at long last, in true Horror Trumps fashion, the image gracing the card isn't him at all! For while this fellow at the organ certainly looks the part, he doesn't hail from any version of Gaston Leroux's classic horror tale. No, it's an entirely different well-loved horror icon, the abominable Dr. Phibes! 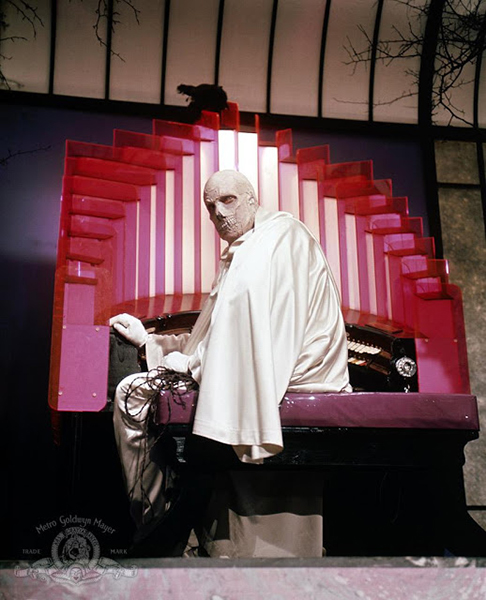 Now in fairness, the legendary Phibes does owe something of a debt to the Phantom - for like Erik, he is a musical genius, loves playing the organ, and the first movie features a starling unmasking scene where his disfigured skull-like visage is revealed. And what's more, both are a dab hand at creating memorable set-piece deaths for their victims.

Played by the great Vincent Price, the not-so-good Doctor wreaked havoc in two cult movies directed by Robert Fuest. The Abominable Dr. Phibes (1971) saw the undying genius taking revenge on the surgical team that failed to save his wife by recreated the Biblical plagues of Egypt, while the sequel Dr. Phibes Rises Again (1972) saw him devising similarly ornate deaths for all those standing between him and the fabled Waters of Life.

Now I am a huge fan of these movies, and for more information on this celebrated duology and the possible sequels that never materialised, tune into this pair of episodes from my podcast - I thank you!

HYPNOBOBS 25 – The Lives & Times of Dr Phibes I 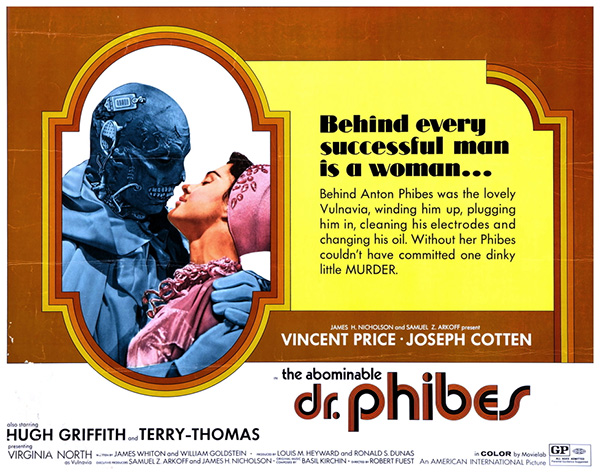