THE PRINCE OF DARKNESS

Now then, while you may be forgiven for thinking that this card was inspired by demoniac imagery from some medieval horrors, this Satanic chap isn't in fact even a gentlemen! Actually this card's image is derived from a famous still from a classic Japanese film - Onibaba (1964) 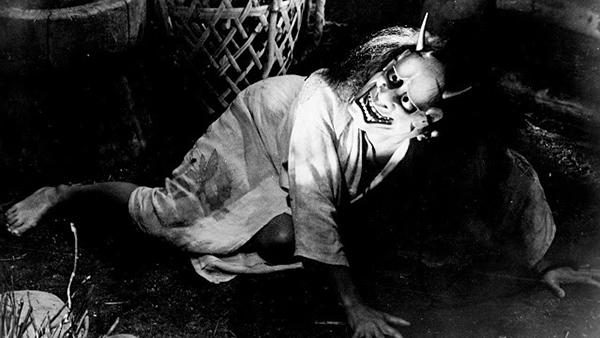 Onibaba, which literally means "Demon Hag", was written and directed by Kaneto Shindo and was inspired by a Shin Buddhist parable. Critics are seemingly unsure as whether this movie should be classed as a period drama or a horror movie, but everyone agrees that it is a classic. Set in the 14th century, the story tells of two women, one older and one younger, who kill passing warriors and samurai and sell their armour and weapons for profit. However this set-up get more complicated when they team up with a soldier Hachi, and then things go badly awry when the older woman acquires a demon mask from one of her victims...

However for some bonus points, that's not the only rip-off in this card. Yes, that bloodied blade at the top has been borrowed too - for if you look closely you can see that it is the titular device in this poster! 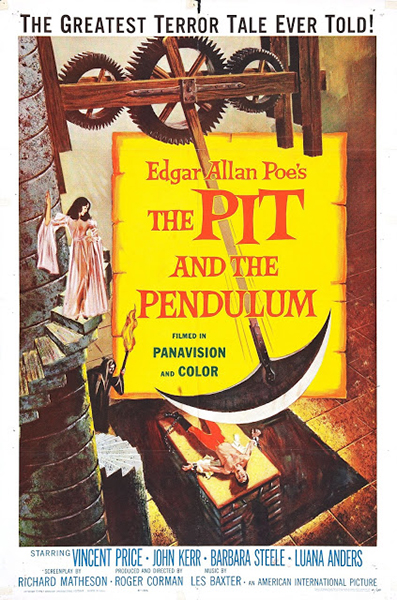 Based - very loosely I might add - on the Edgar Allen Poe tale of the same name, The Pit and The Pendulum (1961) was actually the second of a series of movies inspired by Poe which were helmed by Roger Corman. They nearly all starred the great Vincent Price, and several, like this one, boasted a script by the great Richard Matheson too. A first class horror pedigree I'm sure you agree for a humble blood-splattered blade!