Now this was one of those cards that instantly rang a bell for me, as I knew I had seen the photo this was copied from before. And after much leaving through tomes by the likes of Alan Frank and Dennis Gifford, I finally found the original! It's a still from an obscure SF/horror flick, produced by Roger Corman in 1958, and scripted by his brother Gene! 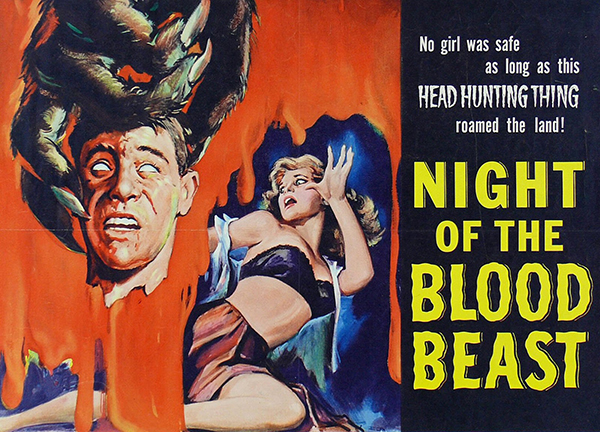 Night of the Blood Beast was the directorial debut of Bert I Kowalski, who is now perhaps best remembered by movie buffs for the 1969 disaster movie Krakatoa, East of Java, and by monster movie fans for 1973's killer man-snake flick Sssssss. As for the titular beast, this wasn't actually it's first screen appearance - previously it - well, the same costume - appeared in another Corman movie Teenage Caveman, filmed a mere fortnight before! Sadly however after this, the work dried up for 'Talon'... such are the perils of being a B movie monster! 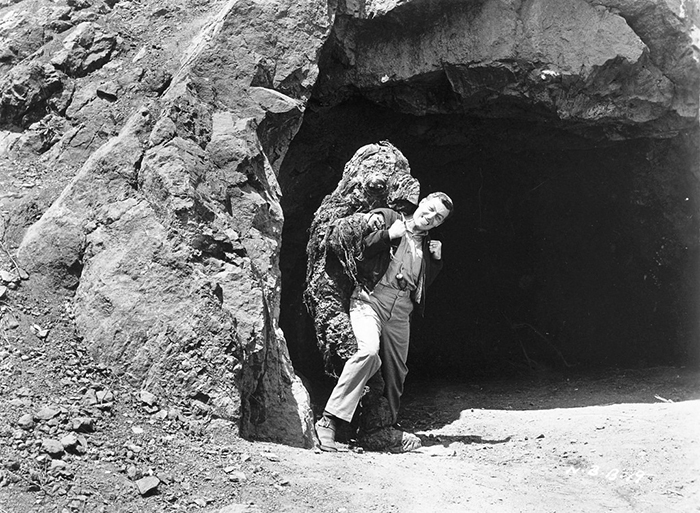