TERROR FROM THE DEEP

Now then, this weed-wreathed chap has foxed many folks, and this is down to a couple of key reasons. Firstly the still it is copied from doesn't appear to be anywhere online bizarrely - yes, hard to believe as it is, not everything is online! And secondly, although he (and indeed his weedy brethren) do appear in a reasonably well-known cult movie, he is never shown for very long on screen, and more importantly, not in the pose seen in the card. For the still the card is based on was a special publicity shot showcasing the creature design rather than a shot from an actual scene in the movie.

But having seen the aforementioned publicity shot in a couple of horror movie tomes in the '70s, your humble scribe recognised him instantly - for this is a gill-man from City Under the Sea (1964) also known as War-Gods of the Deep in the US. City Under The Sea took its name from the Edgar Allan Poe poem of the same title, and hence fits loosely into AIP's cycle of Poe movies. Like the classic Corman productions that it preceded, the movie stars the legendary Vincent Price, and this was also was the last movie made by noted director Jacques Tourneur. Co-starring alongside St. Vincent was Tab Hunter, Susan Hart and David "Mr Banks in Mary Poppins" Tomlinson in a tale of Victorian folks who discover an undersea proto-steampunk kingdom of shipwrecked sailors run by Price, a Captain Nemo style maverick. It's a very fun slice of gothic SF, and the only downside to the movie really is that the wonderful gill-men costumes aren't ever seen quite to their full advantage - although they do look very menacing in the underwater sequences. However here he is in his full glory! 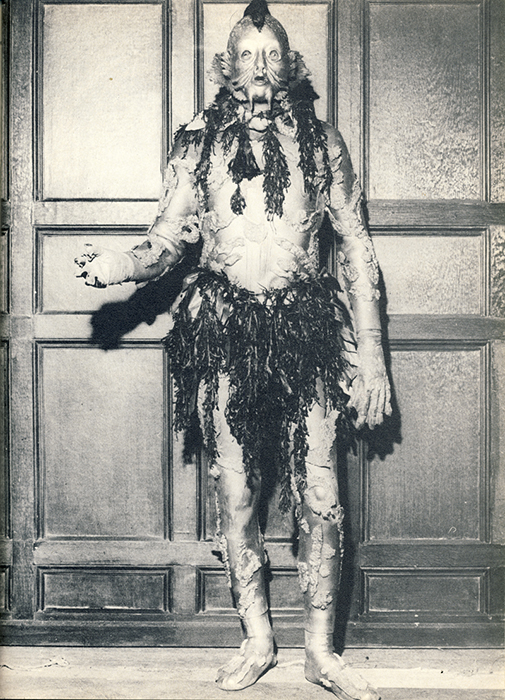 And you can hear more about this movie, and assorted other flicks about aqautic humanoid horrors in the episode Innsmouth at the Movies in my Shadows Over Innsmouth podcast series! 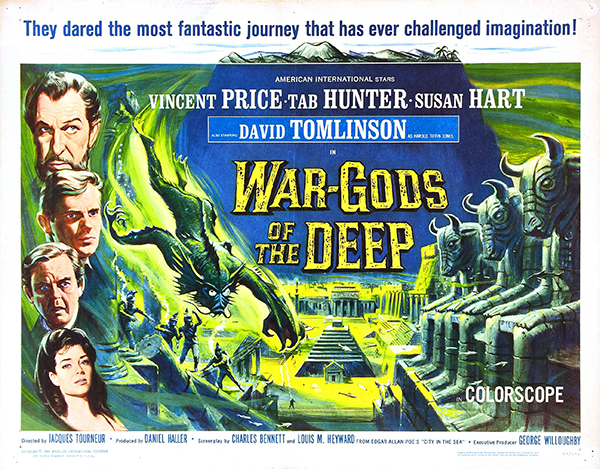