We are still in not-quite-classic B movie land with our next card! But now we are into the realm of science fiction, and this many legged horror hails from outer space!

Now despite the card's title, this isn't a beastie to be found in Howard Hawks's classic SF movie The Thing From Another World (1951). But this space monster does come from the strange worlds of 1950s cinematic science fiction - a low budget flick called The Angry Red Planet (1959). 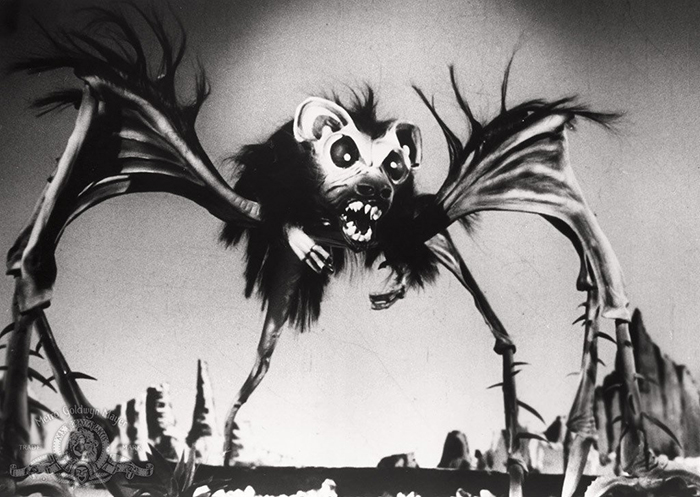 Made by another mover-and-shaker in the realm of low budget fantastic film, Ib Melchior, the man who brought us gems such as Reptilicius (1961) and Robinson Crusoe on Mars (1964), this movie tells of a mission to Mars by brave astronauts from Earth. In the wilds of the red planet, they encounter all manner of alien threats including carnivorous plants and giant amoebas. Somewhat bizarrely, when our heroes first come across our creature on the card, commonly called the bat-rat-spider, they mistake its legs for strange Martian trees! Yes, that's how big as this hybrid terror is! No wonder it got the prime spot on the movie's posters! 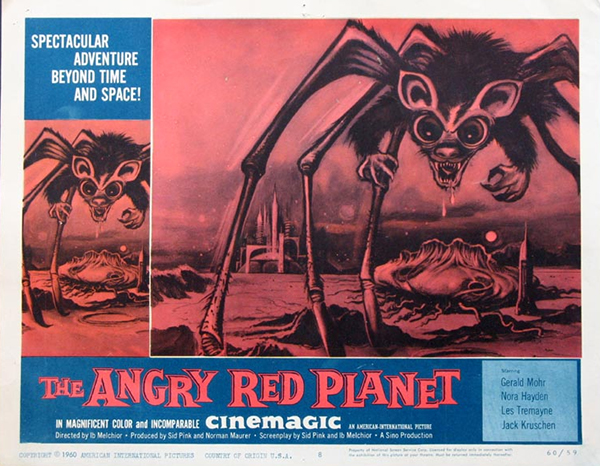 However I've never been entirely sure what that lone arm is doing in this picture... The flailing arm of a victim? A black power salute? I personally favour the theory that it's some maniac throwing a punch at the long legged beastie! Possibly for spilling his pint or maybe just "looking at me funny"!