We are now at the penultimate stop in our journey through the Devil Priest pack, but fear not dear friends, the lurid weirdness is by no means running out! I mean, just look at this!

Ah dear old Venusian Death Cell! One of the most infamous cards in the benighted world of vintage Horror Top Trumps! Obviously this deranged vision lingered long in the minds of a generation of kids due to its marvelously gratuitous blood-gushing severed bonce. But it also bedeviled legions of young minds with tantalizing questions such as - what exactly was a "Death Cell"? Is that a sunrise on Venus? Is mauve now in fashion? And why were the Venusians so pissed off with us anyway?

Of course, for many of this deck's owners who were in the UK, there was another question - "Hang on, that's a ruddy Sea Devil from Doctor Who isn't it?"

Well, yes the "Venusian" is indeed a Sea Devil. This race of intelligent marine reptoids, a sea-going cousin of the Silurians by the way, first appeared in the Third Doctor adventure The Sea Devils which aired way back in 1972, and has been a firm fan favourite ever since, making several comebacks over the years. 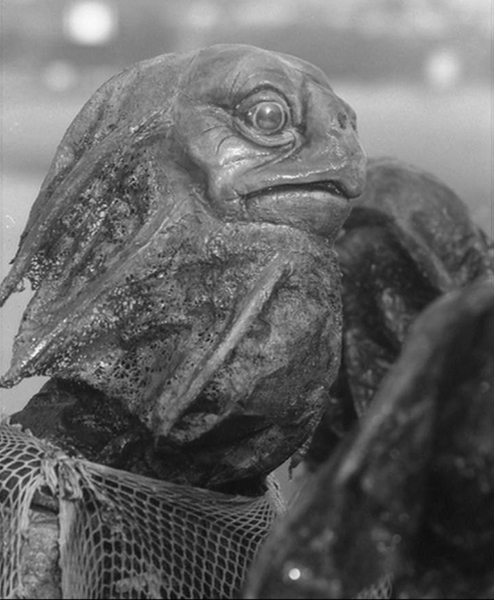 However the rip-off don't end there! For as we have discovered in previous installments of this epic journey into old horror tat, quite often assorted victims and/or body parts have been pinched from other sources too! And this card is no exception, for I believe that the glorious blood dripping noggin is directly inspired by this illustration for Oscar Wilde's Salome by the great Victorian artist Aubrey Beardsley. Classy or what! And considering that Mr Beardsley was no stranger to controversy, with his illustrations frequently causing outrage, I'm sure he wouldn't mind his work being pilfered for a children's card game that upset many a parent... 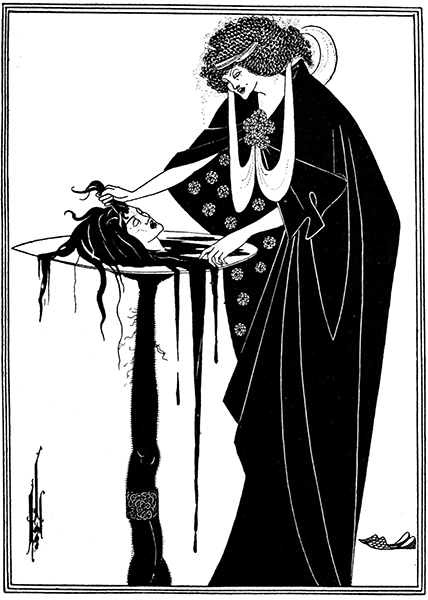