Now then, you would be forgiven for thinking that this particular card is merely the result of a nervous breakdown on the part of a rushed artist overcome by the fumes from his own magic markers. And indeed, many Horror Top Trumpologists have conclude that this is indeed the most likely explanation for the Zetan Priest! I mean, a cyclopean horror in a purple and orange cape made seemingly from the finest eye-ball searing 1970s wallpaper and wearing a nice lacy bonnet! Surely this clear evidence of an over-wrought mind affected by hallucinogen art materials!

However as regular visitors to this den of terrible old tat know, unusual ocular features are a clear clue that this is another disguised rip-off! And as it turns out, this alleged "Zetan Priest" is actually another denizen of the Doctor Who universe. This character appears in the Third Doctor story Colony in Space which aired back in 1971, and he/she/it is an alien from the planet Uxarieus in the year 2472, and surprisingly this walnut-bonced chap is actually a priest too. I particularly like the way that the Unknown Artist has turned the head ridges into lacy crinkles, and how if you look closely there's every indication he was going to do this fella with two eyes and then thought "sod it, let's go cyclops again!". 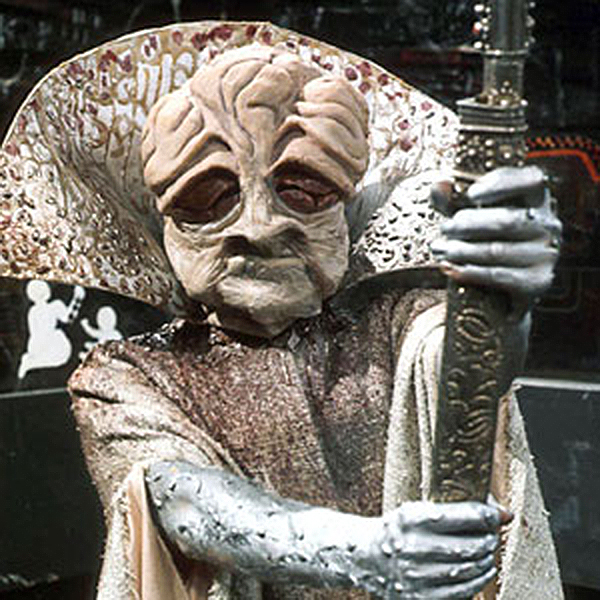 Of course, we have no clue as to what all this Zetan business was all about, but in the companion deck it would crop up again... But more of that another another day.